He interviews your favorite actors who talk about their past, their craft, and all their successes.  They’re polished up all bright and shiny under the lights at Pace University in New York.

But how about actors via webcam looking scruffy and unkempt, talking about how hard the acting biz really is…and how they fear their careers are in the toilet? 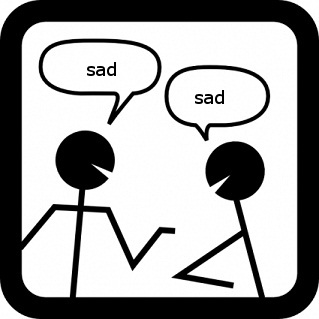 They wear their sweats and pj’s, little or no makeup — Steven had on a Breathe-Right strip in one notable entry — and share their appropriately named ‘sad sad’ thoughts on the entertainment industry.

Now, I’ve heard wanna-be actors complain about the injustice of show biz on TV and movie sets before, but it’s a whole new level of sad to listen to actors have seemingly “made it” share those same insecurities.

‘Cause some of that sad…is actually pretty hilarious.