Lost my train of thought

If my Saturday was a train, it would be derailed.

And what was the object blocking the tracks? 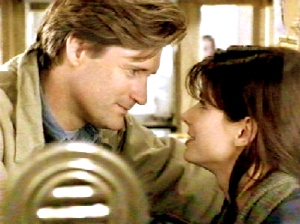 This classic romantic comedy (which I have seen way too many times to count) aired on HBO mid-morning — right about the time on a Saturday that you make that fateful decision:

But when I heard the first strains of the movie soundtrack, I knew I was beat.  I love watching Sandra Bullock and Bill Pullman together on screen…even if it is for the hundredth time.

So there I sat for the next two hours.  And then I had to walk the dog and eat lunch and watch the painful UK-UT game and suddenly — it’s late afternoon.

Oh well.  Tomorrow I won’t turn on the premium channels so early here at the ‘station.’

One response to “Lost my train of thought”