Less is so much more

I don’t have that many walls in my New York City apartment, but I am willing to make room for these beauties. 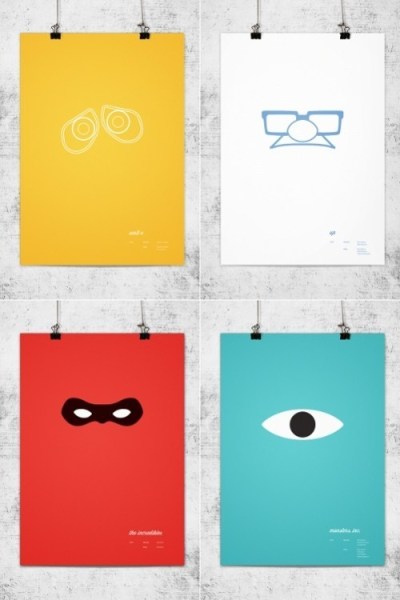 This set of minimalist posters — a tribute to the films of Pixar — was created by Wonchan Lee, an Australian designer.

I love the color palette, and the way Lee was able to reference each film with simple yet brilliant icons.

Can you imagine his take on this year’s nine Oscar-nominated films? Or the TV series nominated for Emmy awards? I mean, what would a poster for Downton Abbey look like from Lee’s point of view?

I need some more walls.