What a wonderful coincidence that I would see the Broadway musical Kinky Boots on the same day that DOMA was overturned! 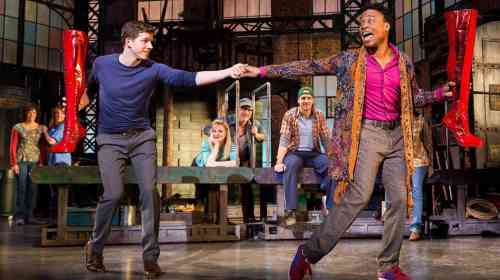 Cindy Lauper’s show, which won six Tony awards including Best Musical, is all about accepting people for who they, and makes drag positively mainstream.

And shoes, of course.

But I can’t emphasize enough the impact that Best Lead Actor Billy Porter and his troupe of drag queens have on this show.  Honestly, it started out slow. S-L-O-W.  The opening number or two gave me pause.  It wasn’t until Billy came on the scene that I started to have hope…and a glimpse of what was to come in the second act.

Need I say it ends with a bang?

(And I’m sure, if it wasn’t set in England, they would have slipped in a ‘no more DOMA’ reference.)