By now you all know that His Royal Highness has been born to William and Kate. His name, though, they say “may take some time.” Don’t worry — 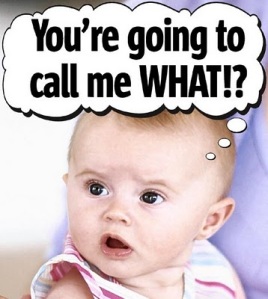 It’s a worthy name; the Greek translation is “venerable.” It began to be widely used in the third century after it was the name of  a Christian martyr…so it’s certainly manly enough.

Sebastian also has British ties. It’s in the Top 100 list of boy’s names. Sebastian Cabot is a British actor; Sebastian Faulks, a British writer. And there are characters named Sebastian in popular British fiction, including Sherlock Holmes and Brideshead Revisited.

Let’s not give the child an identity crisis!