I was a child disciple of Captain Kangaroo.

So I was saddened to learn that one of his sidekicks, Dennis the Painter (aka Cosmo Allegretti), died today at the age of 86. 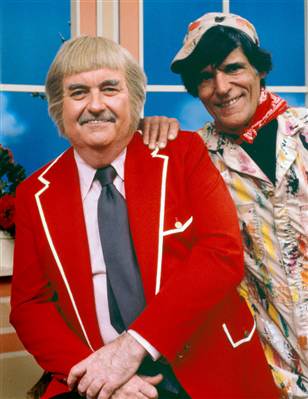 I didn’t know that Mr. Allegretti was also a puppeteer on the show. He was the man behind Captain Kangaroo’s friends Bunny Rabbit, Mr. Moose, Dancing Bear, Grandfather Clock and Magic Drawing Board.

What a huge part of the show he was!

In a bizarre coincidence, I met Mr. Allegretti’s son Pete while working at a television station after college.  Pete was a news reporter there and, when my friends and I realized that Dennis the Painter was his father…

We all turned into small, starstruck children!

We will never forget you, Dennis.