I hailed a cab to take me to downtown last night — nothing unusual about that. But as soon as we pulled away from the curb, there was a flash of lights and sirens behind us. 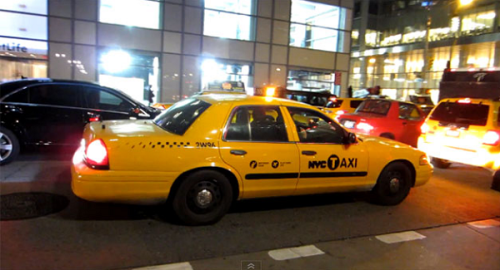 I didn’t even know they existed! But my taxi driver said the police have undercover taxis, town cars — you name it — all waiting to take down unsuspecting lawbreakers.

Which filled my head with this scene:

A New York City bus pulls up to a stop. But it’s not a real bus — it’s an undercover police bus! Filled with SWAT team members. All armed and dangerous. Who run out of the bus and into the streets.