I’m no gamer, but even I’ve heard of Grand Theft Auto. 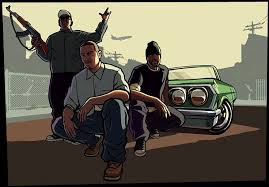 It’s criminals or criminal-wannabes in the big city, trying to rise through the ranks in organized crime. Underworld kingpins give you different missions to complete, and violence ensues.

It wouldn’t be my cup of tea, and I’m sure a lot of parents wouldn’t want their kids playing it either.

But Grand Theft Auto V has another problem — it allows players to ‘run over, behead and kill animals’ as part of the game.

Jack Carone of In Defense of Animals, an animal rights organization, is calling for a boycott of GTA because of this senseless inclusion of animal violence.

If you agree that there should be a GTA boycott — as I do — vote “YES” in the poll at the end of the TMZ article.

Speak up for those without a voice!