Breaking Bad ends its incredible run tonight. At least, that’s what I hear.

I mean, I know it’s ending. I inferred the ‘incredible’ part. ‘Cause I never watched it. 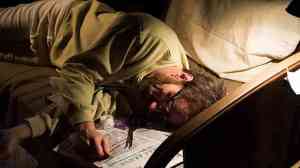 Unlike my friends Jeff Drake and Wendy Molyneux, I haven’t attempted to binge watch every episode prior to tonight’s series finale. Nor have I felt like the’ last person in America’ who hasn’t watched Walter White and Jesse Pinkman’s meth odyssey in the desert.

(I knew Jeff and Wendy were out there.)

I actually felt kinda proud that I had held out all this time…although I had never planned not to watch the show.

But now I have Netflix.  Now I can.

So yesterday I watched Season 1 and began Season 2.  I am on an airplane headed westward as I type this, so all will be resolved by the time I land.  But if I hope to finish the series on my terms and not have the ending ruined, I will simply have to follow sage advice given to Ben Affleck after he was recently cast as the new Batman: