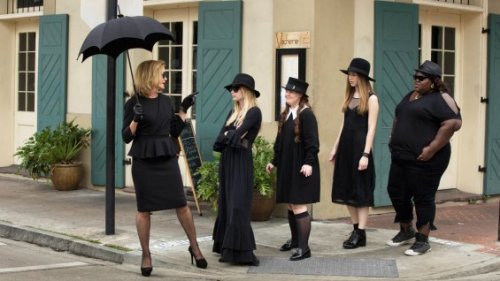 I won’t include any spoilers here — for those of you who are even farther behind than I — but I will say that Coven was my least favorite of the three AHS mini-series to date.

TV critics have been quick to call Coven the best season of American Horror Story based on the higher ratings alone.  But we know how long it can take audiences to find a series.  So if you are new to AHS this season, take a swing by Netflix and watch Seasons 1 and 2.