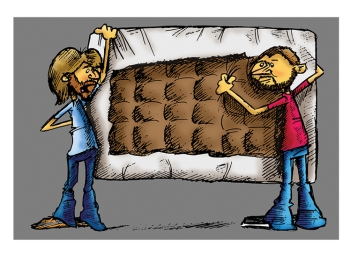 I just read on the Interwebs that the average household mattress contains 2 million dust mites.

Where did dust mites live before mattresses were invented?

Mattresses with linen or cotton covers didn’t appear until the mid-18th century.  Were dust mites nomadic before that time?  Did man’s invention change their way of life?  Make them fat and lazy?

Are dust mites bigger and scarier now then they used to be??

I won’t be sleeping tonight.