Has the movie Swiss Army Man opened in your town? 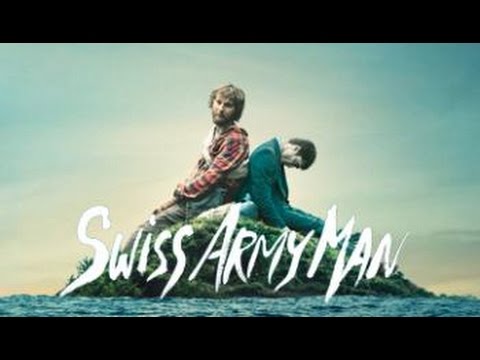 When it does, go see it! Here are five reasons.

1. The title. It brilliantly encapsulates the film yet is never spoken in it. Bonus points.

2. The premise. A man shipwrecked on an island finds a corpse who ‘helps’ him find his way home (and becomes his best friend along the way).  Original?  Uh, yeah.

3. The cast. Paul Dano and Daniel Radcliffe fully commit to their respective roles as suicidal loser and farting corpse. I was blown away [rimshot].

4. The soundtrack. Led by two music video directors, the movie soundtrack is almost a third cast member. It’s that good.

5. The farting. It’s pretty important to the plot. And you’ll laugh at all the farting. Heck, we’re all still 12 years old at heart — am I right?