Are you a fan of Poldark?

I only discovered the Masterpiece series — which recently began its third season on PBS — a couple of weeks ago.

Flash flooding yesterday in Chicago gave me the perfect excuse to binge watch seasons 1 and 2 on Amazon Prime Video. (PBS members can also watch past episodes on their local affiliate website.)

The saga of the Captain Ross Poldark and his family set in post-Revolutionary War Cornwall is wonderful costume drama. And Aidan Turner as Poldark? Well, let’s just say I finally have a reason to watch the Hobbit movies, too.

But tonight?  I will be glued to the tube watching season 3 of Poldark.

If you’ve been watching the US Open Championships this week, you probably recognize this guy: 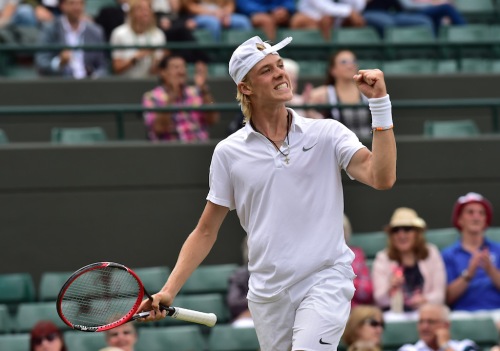 I first saw him beat Rafa Nadal a few weeks ago in a tournament in Montreal. Now he’s cutting a similar swath through the men’s bracket at the Open.

I’m pulling for him.

But I am distracted by his hat. It is always cinched so tight.

I have to wear caps like that at the widest possible position. Some don’t fit me at all. Which begs the question…

How small is Denis’ head? And how big is mine?

By now you’ve no doubt heard that John Heard died.

Yesterday my social media feed was full of articles about the actor, all attributing his success to Home Alone.

I know he’s not here to read this — and let’s face it, he wouldn’t if he could  — but I feel the need to apologize.

While the family comedy may have made the most money in his filmography, it certainly did not make the most of Heard.

If you’re interested and willing to do a bit more research than his obit writers, I encourage you to watch Heard in the gripping thriller Deceived, co-starring Goldie Hawn. He also played opposite Tom Hanks in the comedy Big (a great excuse to watch that again). And he was an excellent Arthur Dimmesdale in a TV miniseries version of The Scarlet Letter in 1979.

Let’s hear it for one of the great character actors. He will be missed. 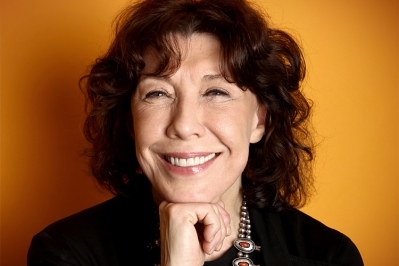 The very funny Lily Tomlin will be presented with the Live Achievement Award at tonight’s SAG Awards.

Since Lily’s parents are from Paducah, Kentucky — a city very close to my hometown — this feels like a big win for small town girls everywhere.

I saw Lily in Paducah. She was eating with a friend at Chuck e Cheese. The waitress recognized her, and then she was very quickly surrounded by fans. She was really nice about it, which made me like her even more.

Actually, any celebrity that eats at Chuck e Cheese is a friend of mine.

Has the movie Swiss Army Man opened in your town?

When it does, go see it! Here are five reasons.

1. The title. It brilliantly encapsulates the film yet is never spoken in it. Bonus points.

2. The premise. A man shipwrecked on an island finds a corpse who ‘helps’ him find his way home (and becomes his best friend along the way).  Original?  Uh, yeah.

3. The cast. Paul Dano and Daniel Radcliffe fully commit to their respective roles as suicidal loser and farting corpse. I was blown away [rimshot].

4. The soundtrack. Led by two music video directors, the movie soundtrack is almost a third cast member. It’s that good.

5. The farting. It’s pretty important to the plot. And you’ll laugh at all the farting. Heck, we’re all still 12 years old at heart — am I right?

I love Jordan Spieth. If you follow golf, you probably do, too.

If you don’t know who Jordan is, he’s the best thing to happen to golf since Tiger Woods first entered the scene. (And keep your judgments to yourself — he who casts the first stone and all that…)

Jordan became a professional golfer after only one year of college, but no one has ever disparaged his decision to leave school early or lack of education or poor example to our youth.