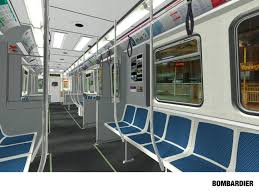 The storied ‘L’ train in Chicago sure has a lot of don’ts.

Don’t eat.  Surprising…but DC prohibits food on their subway,  too. I know someone who got a ticket while visiting.

Don’t gamble.  WHAT?? Now we have seriously  crossed a line.

Gotta have my shell game.

I see these little hand sanitizer clip ons all over the place.  Today it was the subway.

While I  personally think hand sanitizer is ruining the planet,  I am entertained by the fact it has earned a place on the outside of people’s bags.

Why not makeup?  Or the lip balm that some folks are so addicted to?  Or even better,  candy or gum?

Purcell beat ’em to it. And we all have to look at it.

Gum would be better.

Even after living in New York City almost 10 years now, I am still guilty of making eye contact with strangers and smiling at people on the subway, which is especially confusing to the natives.

Perhaps I should get this put on a tee or sweatshirt as some small means of explanation? 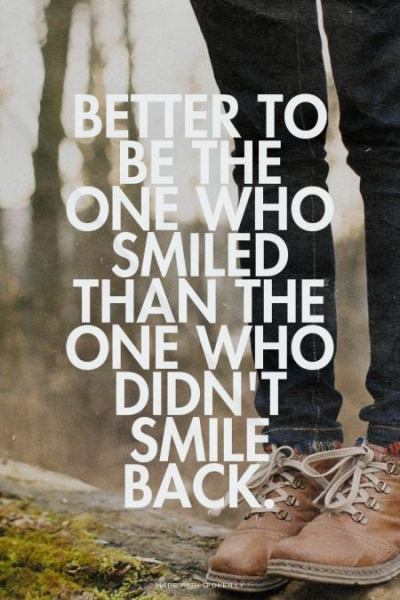 There was an ad in the subway today for the latest exhibit at the Museum of Sex, entitled Hard Core: A Century and a Half of Obscene Imagery.

It’s not that difficult for me to imagine  that such pictures exist,  especially at this particular venue.  But for the museum itself to use the word obscene to describe the art it displays seems like an argument against its own credibility.

Then again, you do have to pay to get in…

So I guess the marketing  department knows what they are doing.

Of course I can hear you

“Our town is about an hour outside of Tucson.”

“We took the ferry to the Statute of Liberty, and now we have to meet our daughter up at 96th and Broadway, so we’re taking the train up there.  Hopefully we are on the right train — is this the right train?”

“We’ve found our way around the city pretty well so far…at least, I think we have.”

None of these comments are that remarkable…typical tourist conversation on the subway.

What is remarkable was this lady’s projection. I was all the way at the other end of the subway car, and it was like she was standing right in front of me.

The person she was talking to? Never caught a syllable.

One thing’s for sure — she will ever get lost in the city. Her family will be able to hear her coming and going.

The subway ride home from work was really crowded today. So I was forced to stand, my arm stretched to hold the upper rail. 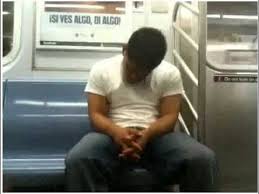 The gentleman sitting on the bench directly in front of me dozed off. His head began to dip lower and lower. Eventually the top of his head hit me in the stomach.

He jumped. I I jumped. But he didn’t wake up completely,  so pretty soon his head fell back down and hit me in the stomach. This continued for another two subway stops.

Then I moved my purse so it hung in front of my stomach. The next time his head dipped, it encountered cold, black leather.

That seemed to do the trick. He woke up, stood up and got off the train at the next stop.

My ride to work this morning was long and slow because of an incident on one of the subway tracks. So I spent a lot of time with my fellow riders.

You’ve heard of ‘resting bitch face?’ One of ladies in my subway car had ‘resting stink face.’

My apologies to Emma Stone, but she looked much like this the entire ride.

Her expression didn’t change. She looked around. She read her paper. She searched for gum in her purse. All the while — resting stink face.

I found myself sniffing the air, trying to find the source of her disgust, but could find nothing more than the usual subway aromas.

I see them everywhere on the subway these days.

Women are wearing them with the expected dresses and business suits, but also with casual tees and jeans.

I mentioned they are HUGE, right?

But I have noticed one very strange phenomena — and I admit, I am generalizing, but have seen enough to claim a trend — many of the women who favor these really big (HUGE) necklaces seem to think wearing them diverts attention from the rest of their person.

So, no need to do their hair. Or put on even the tiniest bit of makeup. Just don the really big necklace, and it will do the heavy lifting for their ensemble.

Or, I guess in this case, the heavy pulling down of their neck toward the ground.

When I got on the subway this morning, I  overhead a woman introduce herself to a man standing close by.  Apparently they has begun chatting on the platform.

She had already met her quota: speak to at least one stranger every day.

She probably didn’t know she was supposed to. But studies show that if you do, both you and the stranger will feel better.

Shhhhhhhiiiiiitttttt….we Southerners have known that all along.

Keep your hands to yourself

Have you ever been riding the subway, spied the emergency brake and had a passing urge to pull it and see what happened?

I think we all have.

But then we stop and consider the resulting delays and fines and possible imprisonment, and we don’t.

‘Cause we smarter than that.

But not the joker on my train tonight.

No, he decided to give that ol’ brake a pull. So, now we all know what happens.

First, it definitely stops the train. And apparently the conductors can’t tell where on the train the brake was pulled. So, they have to walk down the line, car by car, and see where the incident occurred.  Which takes a long, long time.

Eventually, they opened a single door and let people file out of the train…so I was able to jump on another subway line and get home.

Did the culprit get his due?  I don’t know.  But in my mind…