The word of the moment is…

I’ve heard it used over and over this week.

On last night’s episode of Scandal — in what was arguably the line of the night — James said, “You’re a shameless monster!” to Cyrus….to which he replied, “Who loves you dearly!”

Well, that makes it all better.

And I just read this morning that Bob’s Burgers own Kristin Schaal, who provides the voice for bunny-eared Louise, sold a sitcom to ABC called — what else — American Monster.

Plus, there’s a #monster hashtag on Twitter floating around that links to all kinds of scary posts and pics.

The Ides of Carson

A friend had a brilliant inspiration during Dancing with the Stars last night that she posted on Facebook.  Today I devote The Egg to officially launch her campaign:

BERGERON-KRESSLEY
Dancing with the Stars Co-Hosts

That’s right — Brooke Burke out; Carson Kressley in.  If you watched last night’s results show, we all got a taste of exactly what that might look like.

Fun.  High energy.  Witty.  Filled with the unexpected.  All the things that an evening of hosting — and conversation, I would guess — with Brooke Burke is not.

Full disclosure  — I’ve never been a fan of Brooke.  I wasn’t when she started hosting; I’m not now.  While she is lovely to look at, I just don’t think she has much else to offer.

If she were flipping letters on Wheel of Fortune, that would be fine.  But DWTS requires she be quick on her feet, and she’s simply not.  Standing next to Tom Bergeron — the best host in the biz — well, it’s just sad.  And she’s not getting any better.

But Carson and Tom together?  Totally different personalities, of course, but both big.  Both bold.  Both smart as a whip.  And funny?!

Oh, I think America would buy tickets to that party.

Okay, so I checked.  I haven’t talked about Dancing with the Stars since late August…before the show even premiered.

Now the competition is in full swing.  I like David and Carson and find Nancy Grace annoying as predicted.  They’ve had their first truly shocking celebrity elimination — Kristin Cavallari, say it isn’t so!

But, as usual, the team that is surging to the forefront — the one that is the clear audience and judge’s favorite is…

It doesn’t matter who he dances with, really.  She can be famous, unknown, tall, short, talented, or just so-so.  If Derek is dancing with her — and choreographing their numbers — you will be hard-pressed to find another pair that can take that glittery, mirror ball trophy away from him.

Except maybe his sister Julianne…and she’s moved on to bigger and better things.  (See Footloose this weekend.)

If you aren’t a DWTS watcher — my my, what you are missing — go to the Intertubes and get a load of Derek and Ricki Lakes’ tango to the Psycho movie theme song that they danced last night.

Yesterday a friend of mine on Facebook requested that everyone stop posting pictures and videos of fireworks.

“Thanks for your entries, but we get it already,” he said.

I guess it’s not surprising that some 235 years after the first Fourth of July celebration, it feels like nothing too original can be said about Independence Day, even on the relatively new social media.

So why not celebrate the awesomeness that has already been penned about our nation’s brave beginnings?

Now, there are some fireworks I think everyone can enjoy!

What’s that, you say — it doesn’t premiere until tonight?  And your point would be….?

I am already a huge fan of Mr. Sunshine.  Seriously…the writers and producers are really gonna have to drop the ball on this one to lose me as a viewer. 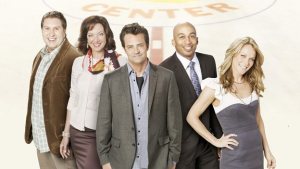 First and foremost, the show brings Matthew Perry and Alison Janney back to prime time television.  Just seeing their faces in the promos makes me happy.

And the promos themselves have been funny, too.  Alison is zany, and Matthew is doing his thing.  Heck, they even have Andrea Anders on board — who was on the very bad Joey with fellow Friends alum Matt LeBlanc.

If they’re willing to roll that die, the show has to be good. 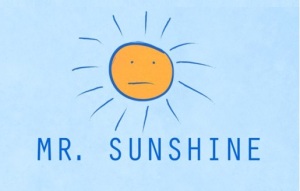 Mr. Sunshine also doesn’t take place in a hospital or lawyer’s office.  There isn’t a CSI to be found anywhere near the title.  This show centers around a sporting arena, which on the surface at least, appears to be different.

I like different.  I appreciate that at least one network recognizes that not everyone wants to watch shows about medicine, cops or lawyers.  And based on the ratings from this year’s Super Bowl, a lot of folks find the idea of sports kinda enjoyable.  Stands to reason they might like a sitcom set in a sporting arena.

I think ABC thinks this show is good, too…because they gave it one of the most sought after lead-ins in television right now, Modern Family. Ya don’t want to follow the best comedy around with schlock. 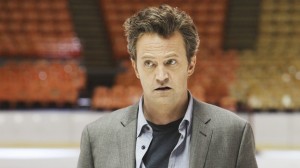 And I really don’t think Mr. Sunshine is schlock.  Just look at that face.  Would Matthew Perry bring anything but the funny into your home?

It’s gonna be great.  I already love it.

Your unforgettable holiday special marks its 45th year on television with this year’s broadcast on ABC.

I can’t remember a Christmas without the Peanuts gang (although clearly there were a couple).  All the kids skating on the pond.  The Christmas play.  Snoopy’s uber-decorated dog house.  The sad little tree that ‘just needs a little love.’  Those funny round heads singing “Hark the Herald Angels.”

When I started working at Hallmark many moons ago, my first assignment was editing Peanuts cards.  In the world of greeting cards, Snoopy is the perfect spokes critter.  He can say or do anything, speak on behalf of any occasion or holiday, wear everything from a space suit to a Hawaiian lei.

If there was a Snoopy card in a category, it was usually the top seller.

Charles Schulz was pretty awesome, too.  When I was volunteering for a humane shelter in Kansas City, he donated an original piece of signed cartoon art for our holiday silent auction.  All I had to do was ask.

“That’s what Christmas is all about, Charlie Brown.”

There is all kinds of love being heaped upon the brilliantly funny “Modern Family.”  And it deserves every drop.

But I’m hoping some of those loyal “Family” viewers are lazily coasting right into the whacked out, wine-soaked world of the very badly named “Cougar Town” which airs on ABC immediately afterward.

Those folks deserve some love, too.

They didn’t come out of the gate as strongly as “Modern Family,” not at all.  The cul-de-sac crew took a little while to find their footing…and that’s okay.  They’ve arrived in a very funny, very fanciful place that bears absolutely no resemblance to the real world. 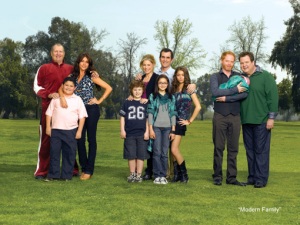 “Modern Family” is amazing because it is so true.  Every character is spot on, someone you know or will meet soon.

“Cougar Town” is family life in some Wonka-like, psychedelic alternate universe that I sincerely hope doesn’t exist…but I sure enjoy visiting.

The name is stupid; the show’s creators realized that about two weeks into the process.  They even considered changing it, but instead are making fun of it in the opening titles…’cause that’s what you do in “Cougar Town.”

If you haven’t visited yet, eat the sword and stop by soon.

Jenna Fischer, who plays Pam on “The Office,” recently got married (as did John Krasinski, who plays her TV hubby, Jim).

Congrats to them both. 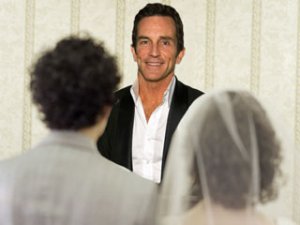 What makes Jenna’s wedding stand out a bit is her choice of wedding officiant — Jeff Probst, host of the ABC reality show “Survivor.”

If Jeff and Jenna are friends, that’s cool.  I know lots of people who have had friends officiate at their weddings.  It adds that extra something to their special day.  Especially if the couple isn’t particularly religious, why not have a good friend speak the vows?

But if you’re simply looking for a celebrity host…why Jeff Probst?

Doesn’t his association with the whole “Survivor” program bring a lot of baggage to a wedding ceremony?  I know if I had been a guest at Jenna’s wedding, I would have had visions of “tribal council” and “immunity challenge” and “getting voted off the island” the entire ceremony.

God forbid the couple incorporate any tropical colors or music!

Personally, I think there are a lot better choices if you want a celebrity wedding officiant.  Tom Bergeron would be mine — funny, witty, quick on his feet in any situation.

Heck, Tom could officiate the wedding…and then MC the dancing at the reception…