There are many pursuits in life that we trust only to experts. Electrical.  Plumbing.  Surgery.  The cutting of our bangs.

Trust me on that last one.

So why do so many people attempt to photograph the food on the plate in front of them?

True, cameraphones today have the technology to produce great images, but that doesn’t automatically mean we can…especially when hot and cold foods are involved. 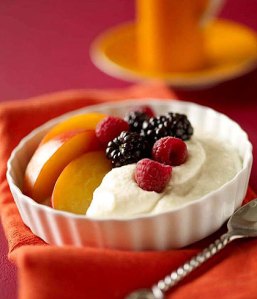 Food stylists employ all kinds of amazing techniques and non-food items to create the beautiful images we enjoy online and in magazines.

Like Hollywood superstars, these foods are airbrushed and artificial.

That’s why your picture of grandma’s green bean casserole or turkey chili or that special cocktail from the bar that you text from your phone or post on Facebook or Twitter often receives such unexpectedly negative comments from your family and friends.

So, I’ve been perusing the celebrity gossip sites today (so you don’t have to), and there’s a new breeze blowing across the land.

Remember how you had to be thin to make it in Hollywood?

Now, you’re pretty much hated if you are.

Take Sarah Jessica Parker.  She’s sporting these muscle-only arms of late…and folks are having a field day.  Not admiring the lack of flab or anything like that.

They are pretty much grossed out.

And then there’s Tina Fey.  She’s been everywhere of late.  “30 Rock” is the sitcom of the moment.  Her movie “Date Night” with Steve Carell won the weekend box office.  She hosted a hilarious episode of “Saturday Night Live.”

She’s also been sexing it up on all her magazine covers and even the photo bumps in Saturday’s SNL.  But people want the frumpy Tina back…not this new, thin, mega-styled, air-brushed version.

Part of me applauds this grassroots call for real women to have real bodies.  Whether or not Hollywood will respond is another thing altogether.

But I have to wonder: would any of these people calling for normalcy — if placed in the same position — be able to resist becoming a bit plastic themselves?

Heck, if I achieved stardom — if money was no object — I’m pretty sure I would find it hard to resist a bit of de-frumping.

Who am I kidding?  I wouldn’t even put up a fight.