Mark Cousins of The Telegraph spent six years traveling the world compiling a history of film.  That process convinced him that movies do indeed make a difference.  (They did in his life.  Six years — geez.)

Here’s his list of the Top 10 movies that changed the world.

Me?  I don’t need to travel the globe to know movies make an impact.  I can’t imagine life without them, so my list is a bit more personal.  (Okay, it’s completely personal.)

Top 10 Movies that Changed My World

The Godfather (1972): Due to my youth, I didn’t see the movie when it was released.  But thanks to an overly enthusiastic film professor in college, I spent six weeks of my life watching it. And analyzing it.  As a result, I hate it and all things mafia. 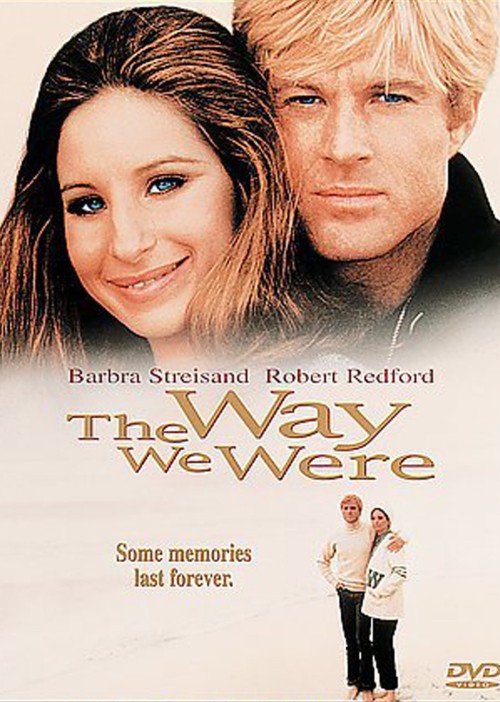 The Way We Were (1973): This was my introduction to Robert Redford and movie romance.  I have been faithful to both ever since.  I’ve watched that film literally hundreds of times.  The opening strains of its Oscar-winning song start the waterworks every time.

Foul Play (1978): This Chevy Chase-Goldie Hawn comedy was Chevy’s first movie post-SNL and introduced Dudley Moore to American audiences.  It was also the first time I remember laughing with my mother in a movie theatre.  Cherished memory. 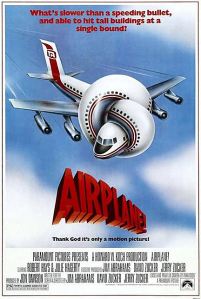 Airplane! (1980): I was sick when I left the theatre — facial muscles and ribs sore from laughing so incredibly hard.  I think I knew even then that I was witnessing the birth of a whole new genre of comedy.  “Ain’t that a pisser.”

Ordinary People (1980): I went to see this film because Robert Redford directed it — I told you I was faithful — and was stunned by the subject matter, the performances, the mood, the music.  Who knew Mary Tyler Moore could be so cold?  I have watched it again and again.

Amadeus (1984): My love affair with costume drama began with this amazing film.  I knew very little about Mozart before I saw it; it inspired me to learn more.  If it’s on television, my day is decided (and it takes about a day to watch — it’s that long).  Mesmerizing. 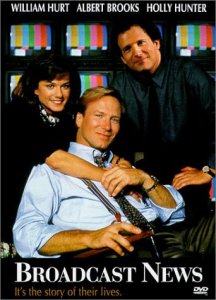 Broadcast News (1987): I was working at a television station and dating a news reporter when this movie was released, so it hit very close to home. Loved hearing a Southern accent on a leading lady, too. (Holly Hunter should have won the Oscar, btw.)

When Harry Met Sally (1989): I think this movie appears on most women’s Top 10 lists.  We all have those friendships with men that either have or could or should spark something ‘more.’  This was the fantasy with the perfect actors cast to make it come true.

The Shawshank Redemption (1994): A movie ‘bromance’ with Morgan Freeman in the mix to make it heartfelt and meaningful.  Everything about this movie is perfect — the setting, the script, the casting.  Another marathon, it takes up a whole day when it comes on TV, but it’s worth it. 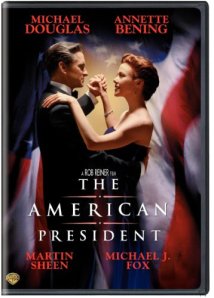 The American President (1995): It was Aaron Sorkin’s warmup to The West Wing, and what a wonderful one it was.  Michael Douglas and Annette Bening make every word ring true, and Martin Sheen learned a few tricks — as Chief of Staff — that came in handy for his future role as President Jed Bartlet (also a Sorkin production).

In the more than 15 years since, lots of other great movies have had an impact on my life.  But these 10 laid the foundation for the films, filmmakers and stars to come.

I’ll be thinking of them today as I head to — where else? — the theatre.

So, I’m standing in Hudson News at DFW this afternoon, pretending to select a magazine (but really in a bit of a post-meeting fog), when the lights in the airport newsstand suddenly appeared to dim.

It wasn’t an emergency situation, or even a passing storm.  No, the tallest airline pilot I have ever seen in my life stood next to me and temporarily blotted out the light!

I kid you not — this guy must have been seven feet tall!  I spent the rest of my time at the racks watching him stare at magazines and wondered…

How the heck does he fit in that teeny tiny cockpit??

Granted, in the post-9/11 era, none of us are doing cockpit tours a la “Airplane!”  But from the quickest of peeks that I’ve taken when boarding, their ride looks even more cramped than mine back in coach.

So, I did what I always do when I have a question — I turn to Google.  According to airlinepilotforums.com, all jets have adjustable rudder pedals and seats.  So, presumably, even the Goliath pilot that was purchasing woodworking mags earlier today has legroom during his flight.

And when I get on my flight today, I’m going to ask the flight attendant where my adjustable rudder pedals are!

But no matter how many I see, my favorite comedy continues to be “Airplane!”

I still remember the day I saw it — so very long ago — barely able to breathe during the movie because I was laughing so hard.  I didn’t know I was witnessing the birth of a completely new genre; all I knew is that this was the most hilarious movie I had ever seen in my (then) young life.

I can’t count how many times I have watched “Airplane!” over the years.  The lines from the movie are second nature to me now.  I can start one, and a friend will finish it.  That’s how much a part of our culture this screwball comedy has become.

So, today I dedicate this blog to the late Peter Graves, who played the delightfully creepy Captain Clarence Oveur in “Airplane!”   Back then, passengers could visit the cockpit — imagine that! — and little Joey had a lovely conversation with our captain…

Captain Oveur: Joey, have you ever been in a… in a Turkish prison?

Captain Oveur: Joey, do you like movies about gladiators?

There are so many things wrong about that scene…ya gotta love it.

I know many people will remember Peter Graves for his work in “Mission Impossible” and other more dramatic works, but I prefer the pitch perfect timing he displayed in “Airplane!” along with Kareem Abdul-Jabbar as co-pilot Roger Murdoch.