I watched the entire Oscars telecast last night, so I am sleepy today, but not because I was up late —

Because it was so BORING.

Where were the surprise winners? The endearing, incomprehensible speeches from dumbfounded winners? And no, I don’t count the garbled speech of presenters — like John Travolta and Harrison Ford — who can’t read a teleprompter.

I don’t watch awards shows to see actors deliver their lines. (That’s why I go to the movies.) I want some spontaneity. Some mistakes. Some signs of life and humanity.

Thank goodness Benedict Cumberbatch and I had some fun on the red carpet before the big snoozefest began. 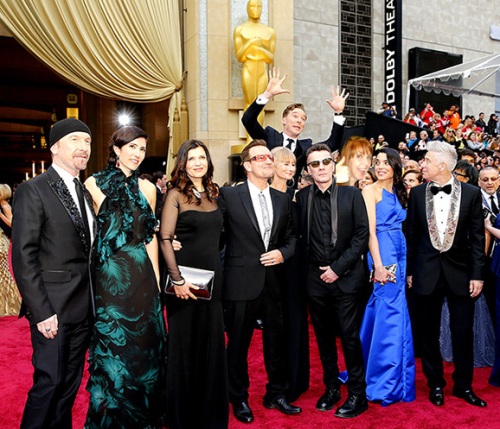