My eyes thank you

A Most Violent Year, starring Oscar Isaac and Jessica Chastain, garnered no Oscar love this year.

The Best Actor and Actress categories runneth over, so in a way, it’s understandable.

Hand them the statue, damn it.

Was even more lethal on the big screen.

I have made no secret of my love for The Americans on FX. 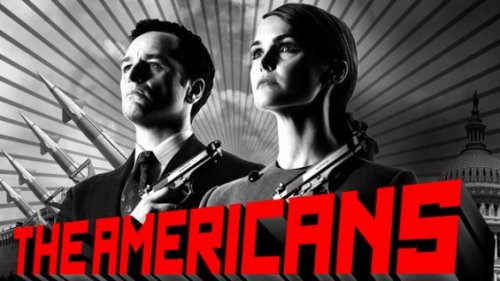 I lobbied for viewers upon its debut.

I celebrated its second season pickup and increased episode order.

And now I’m gonna whine on the show’s behalf —

Because The Americans did not receive Emmy nominations for Best Drama Series, Best Actor or Best Actress…and my brain simply cannot wrap itself around this egregious snub.

Kudos to my Upper West Side neighbor Margo Martindale, who did receive a Best Guest Actress nod for her role as a KGB agent.  She deserved it.  She’s amazing.  Everyone on the show is…

And I burn at the injustice.

Hadn’t thought about it much. Hadn’t talked about it at all, unless a friend brought it up, and I figured then I had permission. But now?

The gloves are off.

The Emmy nominations were announced. And even though Downton Abbey has been moved into the Drama category — and has to compete with some pretty heavy hitters —

The Brits got ‘er dun.

Now we just have to wait and see how they do in the head-to-head competition. Actually, I’m not sure I can wait. I may need to watch the first two seasons.

The 82nd Academy Award nominations were announced yesterday, and for the first time in the show’s history, the “Best Motion Picture” category was expanded to 10.

And the nominees are:

By increasing the field to 10, the Academy of Motion Picture Arts & Sciences theorized that they would be able to recognize ‘more truly deserving films.’

Who are they kidding?

The directors, producers and actors recognized will be able to add “Oscar-nominated” to their resumes and demand higher paychecks for their next projects.  And the ratings for the awards broadcast itself may go up a bit, with a few more box office favorites in the mix.

But one of the serious contenders for “Best Motion Picture” will still win the Oscar, and this year, there are still only five….so they could have avoided all the drama.

Just look at the Top Ten:

Which leaves us with…

“Avatar”
“The Hurt Locker”
“Inglourious Basterds”
“Precious”
“Up in the Air”

These are your five serious contenders for the Oscar for “Best Motion Picture.”  The others?