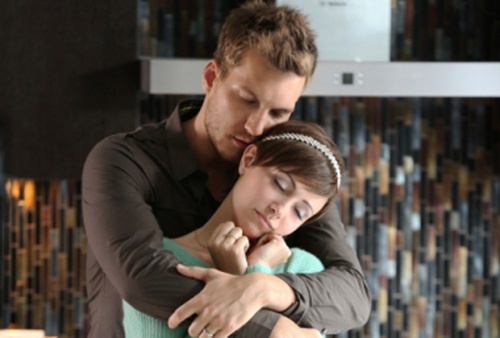 I think we should take a break.

You know what you did. And it’s going to take a while for me to be able to be in the same room with you.

All the discussion of late around the Confederate flag brought the band Lynyrd Skynyrd to mind, since that flag is part of the band’s logo.

(I didn’t use that version here on The Sticky Egg because, um…no.) 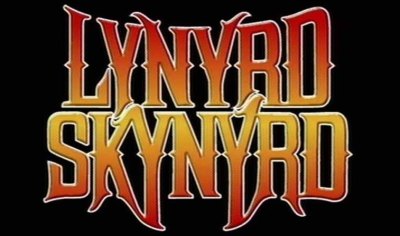 That led us to talking about where we were when we learned about the plane crash that killed half of the band members.

[If you’re too young to a) know who Lynyrd Skynyrd is, or b) remember the plane crash, move along.]

I was in bed asleep. The phone rang — a corded phone, no less  — and I walked down to my mother’s bedroom to answer it. A good friend of my oldest brother was on the line, and he was crying. I may have been young, but I knew a call that late at night could only mean one thing…

We woke up my brother, who came to the phone in a fog of sleep. We heard him say, “Oh no. Oh God. Oh no.” Then he hung up the phone and turned to go back to bed.  We stopped him, saying, “Wait — what happened?”

I’m not sure either my mother or I knew exactly what that meant, so we went on to bed.  When we questioned my brother the next morning, he barely remembered the phone call.

But it stuck in my memory, all these years — the day Lynyrd Skynyrd died.

When Teddy Kennedy died back in August 2009, I was surprised to learn the news via Twitter instead of more traditional news sources. 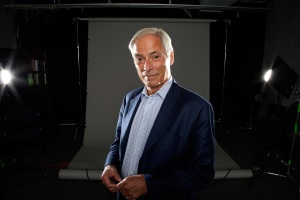 For instance, legendary CBS News reporter and 60 Minutes correspondent Bob Simon was killed yesterday in an automobile accident in my neighborhood, yet I still heard about it on Twitter.

Then celebrities from all walks of life began making their statements of sympathy.

Yet another development many a publicist and PR maven probably didn’t see coming down the information superhighway.

All those carefully worded press releases and statements of sympathy and support that once earned them an extra billable hour or six?  Gone.  Because now their clients can take to Twitter and, in 140 typo- and emoji-filled characters, sum up their feelings about the dearly departed.

And start a Twitter sh#t storm at the same time.

I saw Frankenstein at the Woodford Theatre Company in Versailles, Kentucky last night.

This production is an excellent reminder that local theater can get it right.

There’s death by every manner imaginable — hanging, gunshot, strangulation, beatings — and they all look amazingly real.  Give credit to the special effects designer and crew, and a cast that ‘dies on stage’ in the best way possible.

This is a serious translation of the original text — no campy Frank send-up here — and you have one more night to experience it.

Oh, and if you wonder about that one guy’s bloody, mangled face?

A rant on ‘rants’

Does tennis great John McEnroe have a history of histrionics?

But I take issue with media outlets like Page Six calling his recent comments about New York City cyclists a ‘rant.’ 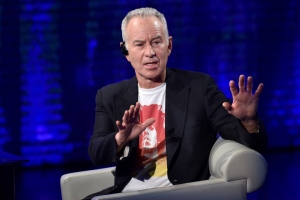 My neighbor was simply speaking the truth.

McEnroe was speaking with ABC correspondent Lynn Sherr at a Central Park Conservancy Women’s Committee luncheon when he made the remarks, citing his experience as a cyclist himself.

I didn’t attend the luncheon, but his remarks in the article give an accurate account of the majority of cyclists’ behavior in Central Park.  They travel at dangerous speeds, don’t break for pedestrians, and have caused numerous injuries and even a few deaths.

I personally appreciate someone of McEnroe’s stature bringing attention to this situation.

Remember when we had unbiased media who filed the stories?

Living (or dying) a double life

Or he will be when Issue #36 of “Life with Archie” hits stores in July.

That’s the word from CNN and Archie Comics CEO Jon Goldwater, the son of the comics’ creator.

Now, I read a lot of Archie Comics as a kid…so I was super sad when I first read the news.  Then I found out that the “Life with Archie” series has been telling stories about Archie’s possible ‘future lives’ and ends, appropriately enough, with his death.  The regular Archie Comics set in his teenage years at Riverdale will continue on.

Umm…that seems like a bit of a cheat.  Or maybe a stunt to get some readers like me back who don’t know the difference?

Oh wait, you’re dead.  Well, one version of you is dead…or will be soon.  I’m so confused.

I’ll mention no spoilers here — for those of you who need copious amounts of time to watch ‘must-see’ television — but let’s just say there were no traffic fatalities this year.

And weren’t ya kinda disappointed?

A  friend commented on Facebook that more took place at her place this weekend than in the past eight months at Downton…and she kinda has a point.

Don’t get me wrong — I bought the DVD of Season 4, watched the entire season early, and then re-watched each episode on Sunday night. So clearly I have a high tolerance for tedium.

But after last season’s high drama and multiple deaths, didn’t you think this season ended a bit too neat?

Ever thought, “I wanna go out with a bang?”

Now you can.  Literally.

Ask your family members to have your cremated remains ‘scattered from within a beautiful fireworks display’ by Angels Flight.

The company, based in Castaic, California, places you (or your loved one’s) ashes into a specially designed fireworks shell and shots them skyward during the lights show. You select the color, brilliance and pattern of the fireworks used; Angels Flight transports your remains from the mortuary to the service site and takes care of all licenses, insurance and permits.

You can also choose to hold your final fireworks display over the ocean — from a yacht, no less — on the beach or on a lake…at prices ranging from $4,250 to 5,500.  (Still photography or video is extra.)

I gotta admit — the more I think about it, the more I like it.  Who wants to shoot for the heavens?

A friend on Twitter — who am I kidding; she’s a sitcom writer that I follow — tweeted one night that she couldn’t sleep.  Instead, she was writing down the names of movie characters that she wished were real so that they could be her friends.

(That’s the kind of thing TV writers do.  It no doubt spawns great ideas for story lines the next day.)

So, I started thinking — what characters from fiction do I wish were real?  And immediately, my favorite book of all time popped into my head:

A Prayer for Owen Meany

I have never loved a book more.  I have read and re-read it and discovered something new each time.  It’s the book I would choose — if forced to choose just one — and Owen is the reason why.

Owen is real to me.  I can hear his damaged voice.  I can see his small, misshapen body.  I can feel his isolation from his frightened family and the immense guilt he carries every day after the freakish accident that kills his best friend’s mother.

I first read A Prayer for Owen Meany at a time when I desperately needed to believe that things in life happen for a reason.  Owen helped me not only to believe, but to accept the very hardest things — things I wasn’t sure at the time that I could survive.

I may not need Owen as much today, but I still want him around.  He’s one of my best friends.

Okay, back to Twitter.  Need to see what my pseudo-friend is yapping about today.