How bout with some out-and-out silliness?

The name alone makes me happy. But the cast — including Michael Ian Black, Thomas Lennon, Jason Ritter,  Christina Hendricks and a host of others I can’t name — is game for anything, which makes the show crazy funny.

From what I can tell on Imdb.com, there are lots of great cameos planned, too, so you look forward to that.

Or, you can if you watch.

Since my post last night, my friend Wendy Molyneux (who also happens to be a writer for Bob’s Burgers) has, as of 3pm ET today, raised almost $8,800 for CureSearch.

Because she hates Entourage and really does not want to see the movie.  And hates pediatric cancers even more.

To up the ante, she has promised to wear this lovely ‘drama mama’ pajama ensemble to the theater if she raises her goal of $10,000 by midnight tonight PT. She’ll also likely tweet her agony to the masses, and that will be hilarious.

So give if you can.  We both appreciate it.

Update to the update:

We did it!  Wendy has already well-surpassed her $10,000 goal!  But she is giving you new reasons to give (besides the obvious to help fight cancer).  Here is her latest post:

Well, this has not worked out very well. Thanks to all of the terrible people I know and a bunch of awful strangers I’ve NEVER EVEN MET WHO CARE ABOUT CHILDREN’S CANCER, I’ve reached 10K in one day. If this madness continues, I am going to have to drink movie soda out of a Turtle sipper my effing sister made (if this hits 15K),  AND if for some reason this goes on all the way to 20K I am going to have to see this movie twice. TWICE. This is a mess. All I know is this nightmare will end on June 3rd when Entourage premieres and the world as we know it ends. Screw all of you and your goddamned BIG HEARTS. You are the worst.

Told you she was hilarious.

I finished watching the 13th and final episode of season one of Bloodline, the new drama from Netflix, who just keeps churning out these excellent shows.

I thought this might be a one-and-done, but they recently announced the show will be back for season two.

That explains a couple of things about the finale…which I won’t mention here.

I want you to watch it, of course, if you aren’t already. And here’s why.

So, add it to your Netflix queue.  You will thank me!

I haven’t watched Grey’s Anatomy since…well, I don’t know when, so that pretty much discredits my quality of knowledge or opinion.  But I have to say two things:

To die from injuries sustained in a car crash immediately after saving a bunch of people who were injured in a separate car crash?  Did Shonda Rhimes run out of ideas? Or did she feel like that scenario was fraught with irony?

I vote for the former.

Unless Patrick Dempsey, who loves racing, demanded death by car, it just seems lazy to me.

And what’s with Rhimes’ habit of having her female characters off their men by pulling the plug?

Izzy did it. Now Meredith. Is this supposed to come across as a show of strength?  A “I love them, but I can take them out when it’s time to let them go” kinda vibe?

I’m sure most people, when faced with a similar situation — in medical professions or not — would do the same thing.  And it seems a little redundant on a scripted series like this.

You can find art — and drama — almost anywhere.

Of course, I still argue that the toilet paper (and the desperate couple pictured here) should be clinging to life on the back side of the roll.

Statistics say I’m in the minority with 80 percent of folks adopting the over-the-roll method.

Sad that so many people are wrong.

That thing you do

What if things we did religiously had their own religion?

You get the drift.

I could add even more activities like making my bed (a holdover from my childhood), walking the dog and playing Candy Crush before bed.

And while I am definitely a member of the TV viewership religion, I participate in a more radical faction — 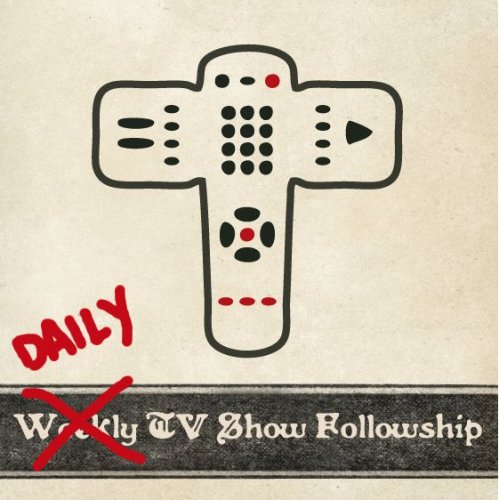 Although I might not have agreed with who got what award at this week’s Emmys, it was, as always, amazing to see so many truly funny people gathered in one room.

Even the nominees in the Drama categories are pretty darn hilarious when they let go.

So when I saw the news today that Canada has issued stamps with the name and likeness of five of their great comedians, I had two immediate reactions:

Turns out the US Postal Service did do something similar back in 1991 — a booklet of stamps honoring the comedy greats of days gone by.

When I saw these stamps, I had two immediate reactions:

Do you see a pattern?  More importantly, do you agree?

What current ‘funny folk’ do you think deserve to grace the correspondence that we don’t send via email?  Vote in the comments! 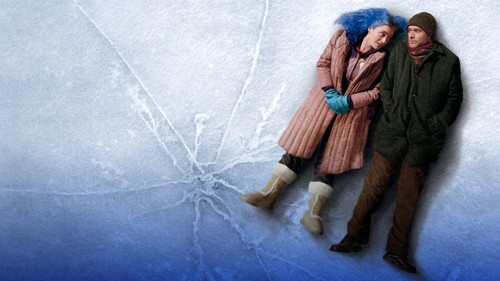 He’s signed a deal to appear in the pilot of a new HBO drama that centers on the world of rock-and-roll in the sexy, druggie 1970s.  Ray will play the right-hand man to a record executive (portrayed by Bobby Cannavale).

This is amazing news!  I think someone deserves a new hat… 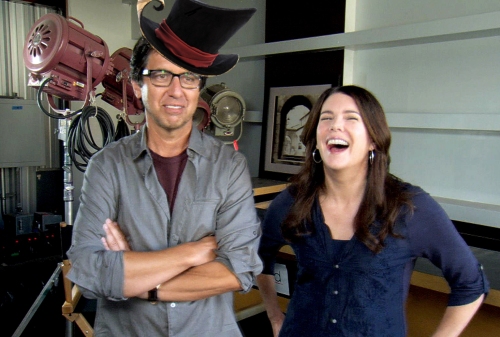