Our office did a bit of rearranging this afternoon.

Thanks to technology, all I had to move was some files, my purse and my laptop computer. Everything else could be networked to my new desk.

I couldn’t help but compare it to reorganizations I have lived through in the past. They took much more manpower and many more hours to complete. Also, they were more mentally stressful; in today’s move, I changed locations by a factor five feet or so.

I think I can deal.

It is responsible for the flood warnings here in Kentucky, so I can’t see it for the cloud cover.  But my friend Karen had more luck… 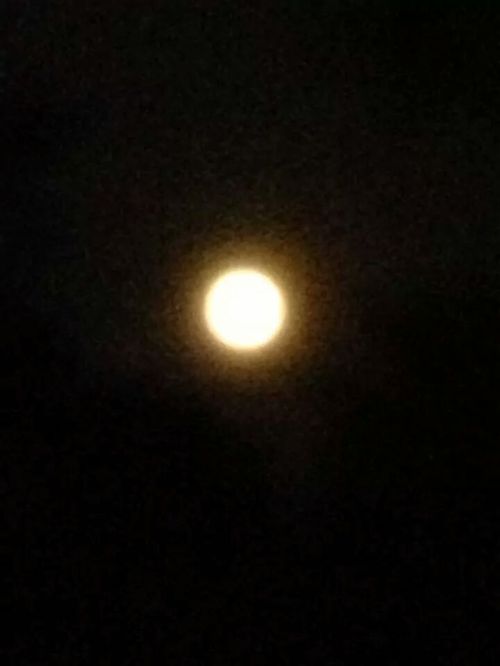 Here is the supermoon over Michigan.

Do you think it looks 5-7 percent bigger than your average moon?

Compare and see! (Then let me know. I can’t see crap here.)

Three years ago I was inspired by an online article on the Chihuly art glass installation at the Botanical Gardens in Phoenix.

I was finally lucky enough to visit during a business trip last week. 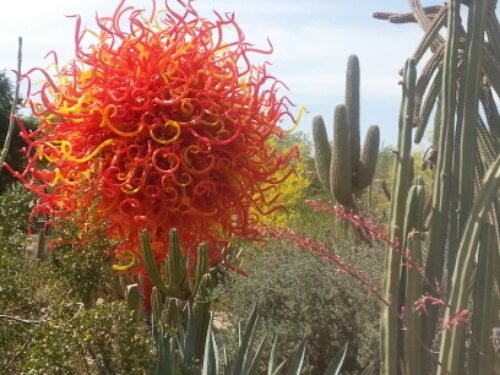 It was even more amazing in person!

On an average day, New Yorkers like myself (non-car owners) are very earth-friendly as we run to work or do our errands around the neighborhood.

You will see us:

Or, if our knees can handle it:

Even the subway is a very green choice (although there are things you need to know):

This made me smile from ear to ear…so I simply had to share! 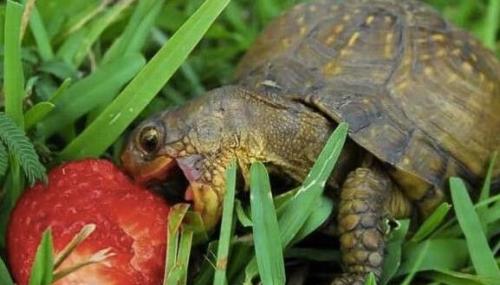 Special thanks to Earth Pics for spreading the joy on their Twitter feed.

This ad makes me feel lazy

What have you accomplished today?

A billboard in Lima, Peru converts air into purified water for drinking.

Let’s hear it for the University of Engineering and Technology (UTEC) and ad agency Mayo Publicidad. Thanks to their ingenuity, families in that desert community have access to over 25 gallons of purified water a day.

Save the salt for our chips, please

When I arrived home last night, light snow was falling on New York City. The street was quiet. My footprints (and luggage tracks) were the first to disturb the sidewalk snow. It was a welcome scene.

This morning’s cityscape was very different. 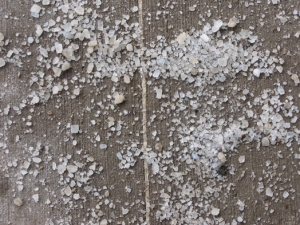 Building superintendents and doormen had arisen early to litter the sidewalks with salt, which burns the paws of  dogs and can make them sick if they lick it. Plus, the chemicals in the melting ice can contaminate the soil and ground water.

And yet building owners continue to spread it quite liberally, every snowy morning. 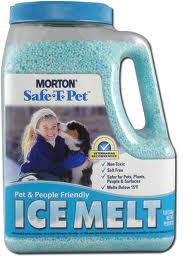 Our good friends at Morton Salt make an ice melt that is salt free, chloride free, and organic.  It doesn’t irritate dog paws or tummies and melts below 15 degrees Fahrenheit.

Does it cost a bit more?  Like most green-friendly products, it is a bit more expensive.  But stacked against the high price our pets and the environment pay, I’d say it’s well worth it.

I’m going to talk to my building super today.

“You say traction; I say corrosive chemicals.  Let’s call the whole thing off!”

If a tree falls

You grace our homes with twinkle lights,  Then hug the curb — that’s just not right.

Effective today, smoking is banned in public spaces, including parks, beaches, and pedestrian plazas.  That means your stroll through Central Park, Times Square and other popular spots where tourists gather won’t be polluted with cigarette smoke.

Smokers who violate the ban will be given one warning, then charged a $50 fine.  The New York City Parks Department, not police officers, will enforce the ban.

Everyone doesn’t share my happiness.  A ‘smoke-in’ is scheduled today at City Hall by the New York Citizens Lobbying Against Smoker Harassment to protest the ban. 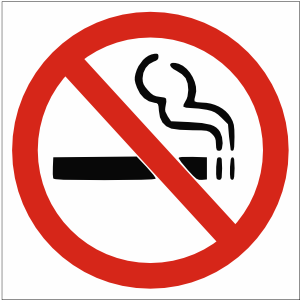 So, there’s one place where breathing will be especially hazardous to your health today.  But for the rest of the city, breathe in!

I know you’re big in the natural and organic foods biz.  At last count, you had more than 300 stores in North America and the UK.  Good for you…couldn’t have happened to a greener bunch of guys.

But movies?  They’re my guilty pleasure, and I’m okay with that.  But nooooooo…here you come along, trying to make the whole movie-going experience GOOD for me.

The Do Something Reel™ Film Festival, sponsored by Whole Foods, will visit over 40 cities during the month of April.  The six theatrical features illustrate in film “how the choices we make can have a huge impact on our bodies, our economy, and our environment.”

Plus, they’re as good for you as a Chai Almond Smoothie.

The film’s subject matter varies — the foods you eat, the bags you carry, coal in America and disappearing bees — but they all support the themes of Earth Month.

But we gotta have a chat about the snack list…