Chalk one up in the ‘life imitating art department’…

Ray Romano, comedian and star of Everybody Loves Raymond and the recently canceled Men of a Certain Age, made the cut at this weekend’s AT&T Pebble Beach National Pro-Am.  Ray tees off in the fourth and final round today with his professional partner, Australian golfer Steven Bowditch. 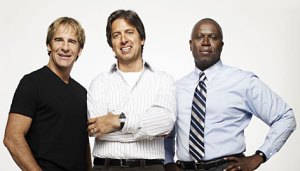 Fans of Men of a Certain Age will remember that Ray’s character Joe, party shop owner, gambling addict and avid golfer, had just qualified for the senior tour when the series was unceremoniously dumped by TNT.

We never got to see Joe fulfill his dream on the links, but today Ray is living out his own.

Karma is a wonderful thing.

I was never much of an autograph hound.  But now?

I collect direct tweets from celebrities.

I follow quite a few on Twitter.  Most of them are actors or comedians who tweet funny or bizarre things about their lives. Sometimes I comment on what they say…and they actually reply to me.

I’ve also added directors of favorite movies and TV shows to my Twitter feed.  They’re fun to follow because they sometimes answer questions via Twitter about their current projects.

I’ve gotten personal responses from them as well.

I watched the season finale of “Men of a Certain Age” last night on TNT.

I hope you did, too. Because, simply stated, it’s the best thing on television.

Prepare yourself if you do watch.  There are no police officers, forensic units or personality plus crime-solving sidekicks.  No one is a vampire, zombie or even remotely undead.  There is no competition for cash or prizes, no celebrity judge at the ready with praise or pith.

There isn’t even a man in a dog suit.

No, Men of a Certain Age just follows three friends turning 50 who are all at turning points in their lives.  Jobs, relationships, kids, health, addiction, dreams — it’s not Everybody Loves Raymond comedy, it’s real life.

I want everyone to see this show.  I hope you’re all that lucky.

You gotta give me one thing.  I’m a scary judge of talent. — Al Pacino, “The Recuit”

And apparently, so do the Russians.

The sitcom Everybody Loves Raymond, which was loosely based on the lives of Romano and producer Phil Rosenthal, ran for nine seasons on CBS.  It was nominated for the Best Comedy Series Emmy seven times and won twice.

When they decided to end the series in 2005, it was still in the Top 10, a spot it had occupied since its third season on the air.

Exporting Raymond is a documentary that opened in very limited release in movie theatres last Friday.  It follows Rosenthal’s efforts to produce a Russian version of the sitcom… which is probably even more difficult than you would think.

This isn’t a documentary about Ray Romano.  He’s not in it, except in copious clips from the sitcom.   This is Phil’s baby, and he — who I had never seen on camera before — is hilarious in his own right.

He’s wide-eyed and nervous and tentative.  I definitely saw flashes of Woody Allen in his manner (thankfully without the annoying stammer).  But when it comes to Everybody Loves Raymond and helping it come alive for the Russian audience, he is strong and certain and somewhat single-minded.

Goodness knows he runs into obstacles.  The studios there look like bombed out buildings.  The writers and actors are doing two or three shows simultaneously and have extremely limited time and resources.  And the people ‘in charge’ bring somewhat questionable expertise to the table.

It takes a translator, vodka, a kindly driver, a real Russian family, more vodka, and a bit of give-and-take before the pilot episode is complete.   The entire process is really fascinating to watch.

So, how was the Russian version of Raymond received?  I shouldn’t tell you the end.  (Let’s just say it lives up to its name.)

I hope you enjoy:

You can do as much or as little as you like — that’s something to be thankful right there.

And as you consider your entertainment choices, I want to point out one available to you online — a collection of ten of the greatest Thanksgiving episodes from television, comedy and drama. 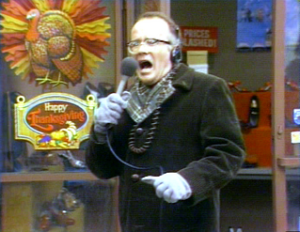 I found the list on TVSquad.com, and I have to say — they hit the turkey right in the stuffing on this one.  These truly are the greatest Turkey Day TV celebrations of all time — ranked in the correct order, I might add — complete with clips for your viewing pleasure.

Gilmore Girls.  Friends.  Cheers.  Everybody Loves Raymond.  WKRP in Cincinnati. Plus five more.  (It is a list of ten, you know.)  I guarantee you’ll laugh.

And it should clear up any lingering confusion you might have about turkeys flying.