For a sport with such small balls, golf is an unusually large target.

People who don’t watch it or understand the nuances of the game are quick to dismiss it as boring.

My mother never understood why I watched golf on TV as a young child. But if she sat with me for even 30 minutes, she would soon be ‘oohing’ and ‘ahhing’ over some of the precision shots the pros could pull off.

And in television golf tournaments, you see a lot of golf.  The cameras jump from tee to fairway to green, so you get to see sometimes 50+ different golfers swing the club or putt every 30 seconds or less.

So, contrary to what you might think, there is a lot of action in golf.

In contrast, televised baseball and football games — America’s sports — mostly involve standing around.  A Wall Street Journal study calculated that a baseball fan will see 17 minutes and 58 seconds of action over the course of a three-hour game. And the football audience?  A paltry 11 minutes per game.

So for pure entertainment value, swing for swing, I’d put the US Open Golf Championship up against a baseball game any day. I’ve watched both, and I feel pretty good about my chances.

One of the first things I saw on television this morning was the commercial featuring “Mr. Hyperbole” Terry Bradshaw promoting the vaccine for shingles:

Since I have had the misfortune to have shingles twice at an unusually young age, I feel like I need to speak up — to confirm that what he’s saying is true (because his style of delivery can sometimes appear false).

Shingles is a bitch, pure and simple.

You have a horrible, itchy rash on your skin, just as Terry described.  But what makes it 10 times worse is that the pain runs far deeper.  It’s like your internal organs are on fire, and your muscles ache — all at the same time.  And you have the rash to deal with, too.

Quite simply, you are miserable.

I had my first case of shingles in my 20’s on my back, which is a fairly classic presentation.  It made breathing almost impossible. In my early 40’s, it reappeared on my shin, which is so unusual, it took ER doctors two days and a ridiculous amount of testing to diagnose.  I had phantom leg pain from that case of shingles for almost two years.

I wouldn’t wish shingles on my worse enemy, so if your doctor recommends the vaccine, give it serious consideration.

Terry and I aren’t lying.

I am in Dallas tonight, site of the 2015 College Football Playoff National Championship, so I’ve seen quite a few fans in both the airport and my hotel.

More Ohio State than Oregon, I must admit.

A few of the Ohio State fans have been proudly sporting their buckeye necklaces (left).

Do you have yours?

I recognized the nut — and probably know the candy even better — but didn’t realize that wearing them was an Ohio State ‘thing.’

A quick Google search confirmed it, and explained the necklace’s origin.  Turns out they didn’t get their start at Ohio State —

Who will win the Super Bowl — Seattle or Denver?

(You’re probably just impressed I got the teams correct.)

It’s true I don’t follow professional football that closely. But I was fascinated by a fact I learned today about the Super Bowl rings that are awarded to both teams in the big game.  That’s right —

So, let me try to put my finger on this…

All those retired players doing color commentary and interviews on TV with all those massive rings weighing down their hands.  We can no longer assume those are Super Bowl Champions?

Heck, they could just be wearing consolation bling.

That pretty much sums it up.

We watched movies and ordered pizza; we’re watching football right now. All and all…

Why is golf the only sport with an official clap?

I spent a couple of hours this afternoon watching the AT&T Pro-Am Tourney — yes, I enjoy watching golf on TV — and every time I heard the audience applaud at a shot in the fairway or on the green, their polite approval was oddly soothing.

And it made me wonder: why doesn’t football or baseball or basketball have a signature clap?

True, many teams have organized cheers — and cheerleaders for that matter — but you’d think these staples of the American sports calendar would have claps that were as instantly recognizable as the ‘golf clap.’

But then again, maybe pro golfers are wondering why they don’t have cheerleaders.

That’s right — I am defying the gods and not watching the big game .  I don’t have a team in this year’s fight, and I’m not one to watch football for football’s sake.  Plus, I can watch the commercials online.

So I figure today is the perfect time to go…to Home Depot. 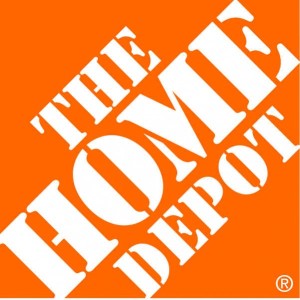 Think about it.  This is one Sunday when I’d bet good money they see a lot less traffic.  I will be able to browse the hardwood flooring and kitchen counters and countertops and backsplashes without being crowded by other people.

Help should be easy to find, too…not that I’ve ever had a bad experience at Home Depot.  I’m just looking forward to more elbow room (cried Daniel Boone).

Of course, the people who have to work at Home Deport on Super Bowl Sunday may be a tad bitter.  So I’ll have to be extra entertaining to make up for it.

I think I can manage that.

Happy New Year from the Egg!

My friend Trish hosts an annual day-long party to kick off the new year.  It usually starts around 1pm — gotta give folks time to sleep off their NYE festivities, after all — and goes until the last person is left standing.

Trish and the crew eat, drink, watch football and play games all day.  It’s a lot of fun.  I would be attending today…except she lives half-way across the country.

So, in an attempt to join in the fun from afar, I will be spending part of my day playing Online Jenga.

That’s right — Jenga has gone digital.  You can play it with however many players you’ve got.  (So one is acceptable, if that’s your situation.  No judgment.)

Give it a try between football games.  You might just find it addictive.

And what better way to start the new year than with a new way to waste your time!