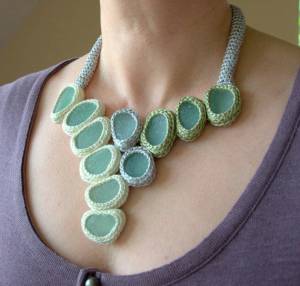 I see them everywhere on the subway these days.

Women are wearing them with the expected dresses and business suits, but also with casual tees and jeans.

I mentioned they are HUGE, right?

But I have noticed one very strange phenomena — and I admit, I am generalizing, but have seen enough to claim a trend — many of the women who favor these really big (HUGE) necklaces seem to think wearing them diverts attention from the rest of their person.

So, no need to do their hair. Or put on even the tiniest bit of makeup. Just don the really big necklace, and it will do the heavy lifting for their ensemble.

Or, I guess in this case, the heavy pulling down of their neck toward the ground.

We all have name brand products that we love.

But would I willingly get a tattoo of a favorite brand logo if it meant a 20 percent discount for life?

But that is exactly what Ecko Unlimited is currently purposing to its brand faithful.  And they appear to be perfectly seriously. 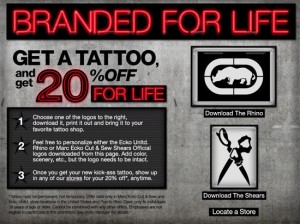 The popular line of t-shirts, denim, polos, and sneakers is offering a 20 percent life-time discount to anyone who gets a tattoo of the brand’s iconic rhino or shears on their person.

Before you run out and invest in a new tramp stamp, do the math.  If the Ecko Unlimited tee you are jonesin’ for retails at $30, the brand permanently decorating your backside only saves you $6.

They expect people to turn themselves into a billboard for that?  Sorry, Ecko — personal real estate carries a far heftier price.

The year end lists are coming out — best of, worst of, most, least.  I think I’ve read them all (and sadly, appear on none).

AOL has posted their “Most Searched” list for 2010.  l like this one a lot.  Being ‘most searched’ doesn’t place any judgments of good or bad — it just says that a whole lot of people wanted to gawk at photos of you and read about you online. 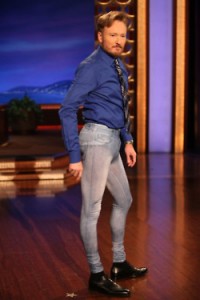 10.   Bed Intruder Antoine Dodson:  I missed this one
9.   Foursquare: I missed what’s fun about this one
8.  Jeggings:  Are they jeans?  Are they leggings?  They’re jeggings!
7.  Old Spice Guy:  I’m pretty sure folks just wanted to look at him
6.  Paul the Octopus:  May he rest in peace
5.  Silly Bandz:   Are they silly? Are they bandz?  They’re Silly Bandz!
4.  Vuvuzelas:  Shhhhhhhh
3.  Pants on the Ground:  The ultimate revenge of the old auditioner
2.  Chat-roulette: No gun, but just as deadly

And the number 1 search on AOL….

1.  Betty White:  There’s nothing left to be said

And there it is — 2010 in searches.  The funny thing is…it looks kinda familiar, doesn’t it?

I mean, jeggings are just the new leg warmers, right?  And we had that other hot Old Spice Guy (Matthew Perry’s father) back in the day.  The Taco Bell dog was hot a few years ago — may he rest in peace — and those braided friendship bracelets were just low-tech Silly Bandz.

Vuvuzelas are simply much larger, louder kazoos, and the ‘Pants on the Ground’ guy is just the ‘She-Bang’ dude way older (and a way better singer).