In honor of the Kentucky Wildcats’ undefeated regular season record of 31-0, and their start in tournament play, the mayor of Lexington, Kentucky declared today Blue-White Day in the glorious proclamation below: 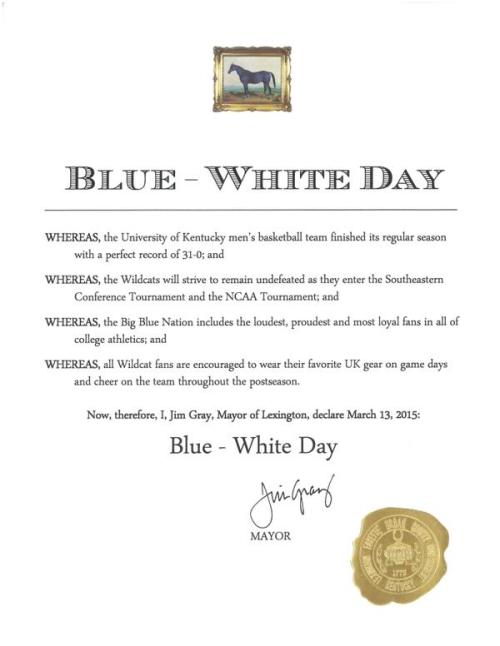 And I, in no official capacity, proclaim for New York City and surrounding environs —

Kentucky just beat Florida 64-49 in their first SEC Tournament game. Thanks for the positive juju, Mayor!

Home on the range

I had never watched HGTV until a recent trip to Lexington, Kentucky. After a weekend with my friends Vikki and Ella, I was hooked, and now HGTV is the official background noise in my apartment. 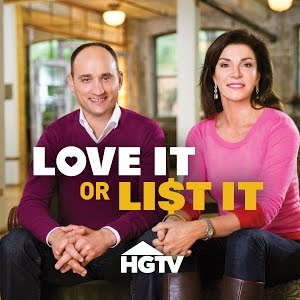 A show that I now see a bit too often is Love It or List It.

A realtor and a home designer vie to fix the problems of a homeowner.

The realtor looks for a suitable new purchase. The home designer rehabs the current house on a set budget.  At the end of the program, the homeowners to have decide to “love it or list it.”

Way too often the owners keep the current house even though the designer wasn’t able to fix their problems, and the realtor found a home that met all their list of must-haves.

Why can’t people leave their trouble-filled homes?  Is it inertia?  Nostalgia for four walls with a roof?

I just don’t get it.

I have lived in nine different places since I moved out on my own, three of which I have owned, and I never shed a tear when I moved on to the next one…especially if the new place better met my needs.

Am I heartless?  Hopeless? 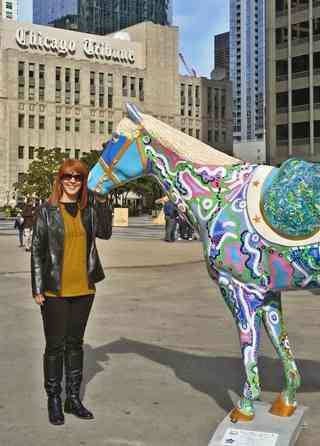 If you need another reason to visit beautiful Chicago, think

Actually, think about the Cows on Parade art installation that started in Chi-town back in 1999 and traveled the world.  To date, it has raised close to $25 million for nonprofit organizations.

The horse statues currently on display around the city are also individually sponsored and beautifully decorated by local artists, and have been designed in the likeness of Chicago’s Mounted Patrol Unit horses. Each is named for a fallen police officer, and all monies raised will provide financial support to injured Chicago police officers and the families of those killed in the line of duty.

I hope Lexington, Kentucky is on the national tour because these beauties would be right at home in the Bluegrass State.

I approached yesterday’s matinee performance of Hedwig and the Angry Inch with my share of doubts.

Not about Neil Patrick Harris — he can do anything.

But drag performers are the latest rage on Broadway. Last year’s Tony-winning Kinky Boots gave them both their entrance and their legitimacy. The decision to put up the revival of Hedwig now seems a bit like ‘joiner’ behavior.

Not gonna judge it sight unseen, though…especially with Neil at the helm. 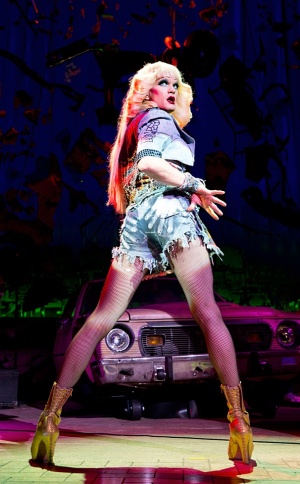 The first few numbers are fast and fun and full of Neil’s familiar charm and humor, so it’s easy to think you’re just watching him do  fantastic drag.

Then Neil simply disappears as Hedwig’s story takes center stage, one filled with loss and love, pain and power, disfigurement and metamorphosis.

Neil is supported on stage by a great rock band — one guy is from Lexington, Kentucky! — and Lena Hall, who also won a Tony for her drag performance.

But the show is all about Neil.  All about Hedwig.

I am on my way to Boston, and was determined to find blog inspiration en route.

It only took two blocks.

On 10th Avenue in Hell’s Kitchen is a bar called Lansdowne Road, New York City’s best sports bar if you believe their marketing. I don’t know about that, but the name certainly jumps out to me.

I lived off Lansdowne Road in Lexington, Kentucky..in my very first apartment of my very own. (Translation: no roommates)

After 12 years in the pricey Northest, the place seems even bigger in my memory. And at $350 a month for a one-bedroom with free parking, well, I don’t mind admitting — I just threw up a little in my throat.

Yeah, I may have to pay this Lansdowne Bar a visit, just for the nostalgia. If it is near a Target, I’ll move in.

I had a dream last night, and it was a real Whoppler.

In the dream, I was talking with friends I worked with back in the day in Lexington, Kentucky.

We’re talking over 20 years ago.

I can only assume that the NCAA tourney earlier this week has brought that time in my life to the forefront of my brain.  But we weren’t talking about the Wildcats. No, we were all upset that we couldn’t find Whooplers in the local stores. 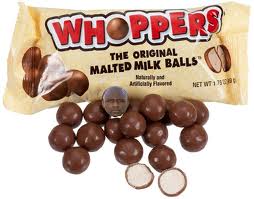 Not Whoopers, which is what I think we meant. Whooplers.

Even while the dream was taking place, I was thinking in the back of my mind…

But I couldn’t seem to express it.

So I woke up this morning with Whoppers on the brain.  I hope I can find them in the local theatre.  (That’s the only place I ever eat them.)

And I hope my Lexington friend Paul Fast is doing well.  Because I dreamed about him last night.

I was walking home from an early appointment this morning and waved to one of the doormen on my block.

“Sorry, I didn’t recognize you for a moment,” he said.

I’ve heard this one before.  “Because I don’t have the dog with me, right?”

“No,” he said.  “Because you’re walking so fast.  You and Rory normally just stroll along.”

This observation kind of took me aback.

I’ve always thought of myself as a fast walker — am in fact always being reprimanded by friends to “slow down” when we are walking together around the city.

I attribute my pace to my days at the University of Kentucky in Lexington.  The campus is sprawled out from North to South, and with only 10 minutes between some classes, you have to book — and I mean seriously motor — to get from one end to the other on time.

I thought my personal walk speed had been permanently reset.  Apparently Rory Dog has taught me how to slow down and enjoy the sights, sounds and people along the way.

Chalk up another life lesson to the “hairy human” in my life.

When I first graduated from college, I worked for the NBC affiliate television station in Lexington, Kentucky — WLEX-TV, Channel 18.

I was a commercial writer and producer, but most of my friends worked in the news department.  Lexington was ranked 65th in market size in the country, and all the news reporters and anchors dreamed of working for a ‘major market’ station like Chicago, Los Angeles or New York.

I remember one of my college professors telling me, “Carla, local news is local everywhere.”  And he was right.

No matter how far up the food chain you go, local TV news can still be ridiculous at times.

Take today, for instance.  New York City got slammed with snow, and the local NBC affiliate station pre-empted “Today” to report on the weather around the five boroughs.

What did we see?

I’m missing continuing coverage of the Vancouver Winter Olympics for this??

Wait — breaking news!  A street reporter in the Bronx has just stopped a motorist who was driving his convertible with the top down.  That woman has a nose for the news.