Did you spy the lucky Brits chosen to participate in the London Olympics Opening Ceremonies?

But what about the loyal subjects who got snubbed?

He could have really used the attention this week.

While I see the logic behind Annie’s picks, I think she missed the most obvious omission in Boyle’s Olympic costume drama — 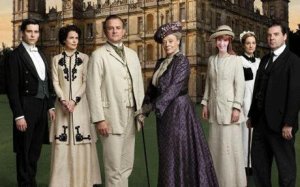 The cast of Downton Abbey.

They were dressed and ready and waiting for their cue.  Seems like a misstep to me.

It’s Fourth of July weekend — albeit a stormy one here in New York City — and Mashable.com has posted 15 fun ways to ‘geek up’ your 4th of July.

Mashable likes it because it’s a retro, miniature version of the real thing.

Maybe it’s my New York City point of view, but….

Looks full size to me.