When I shared yesterday’s post on Chateauform Schloss Löwenstein — my castle-hotel near Frankfurt that evokes Downton Abbey — my sister asked,  “Have you seen a Matthew look-a-like?”

But there is a prince living here. 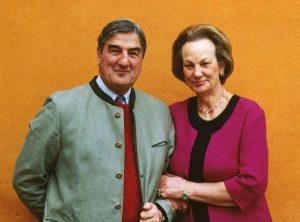 Alois Konstantin is the ninth Prince of Löwenstein. He and his wife Anastasia, Princess of Prussia, occupy one wing of the castle.

The Prince works in the financial services industry in Frankfurt and manages the family’s assets.

And while I have not seen him during my stay, I must say —

Did you know the Internet was international? Seems obvious, right?

Apparently not to some.

Dan Stevens, who played the recently deceased Matthew Crawley on Downton Abbey.  Chris O’Dowd of Bridesmaid and Girls fame.  But they were quickly corrected by pushy, ethnocentric Americans that “Mother’s Day is still a couple of months away.”

I was at once embarrassed and entertained.

Cable television and the Internet may make programming and actors from other countries available to us here in America, but it doesn’t mean we’re necessarily going learn anything.

Matthew and I invite you to watch the premiere of Season Three of Downton Abbey in the USA at 9pm ET.

Enjoy it alone, with friends…or with your entire family.

I know I will. 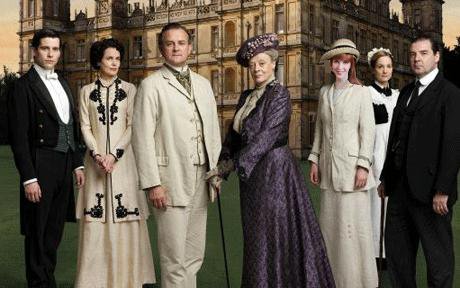 Did someone ring for tea?

I’ve been rather obsessed with Downton Abbey lately, and a good friend asked if it was time for an intervention.

It might be now.  But not just for me.

A rapper….all wrapped up in the soap opera at Grantham Hall.  He even posted a confession on his website:

Downton Abbey is the kind of thing that you hear about, and you’re all like, “That sounds terrible.” And then even one of your best friends won’t shut up about it, and then you have to fly to Seattle, and you watch it on the plane, and get completely obsessed with it. And then you’re calling your friend and saying things like “I’m at the part where Matthew Crawley is investigating the entail for Lord Grantham, and the Dowager Countess finds out about it,” and you realize you’re whispering because honestly, what the HELL are you even saying?

I love this guy.

Now he’s gone one step farther and written a rap about Downton Abbey. You gotta give it a listen.

Can’t see any problem with that!

Matthew Crawley used it on the season finale of Downton Abbey Sunday night.  When Lord Grantham recommended he dance with O’Brien at the Servants’ Ball, it slipped out while he clutched his whiskey.

I’ve heard the word before and immediately wondered if it was true to the time period. (Downton Abbey has been dinged for using too-modern slang.)

So I looked it up.

Turns out the first written usage of ‘crikey’ dates back to 1838, and the first spoken use predates even that.  It’s meant to replace ‘Christ’ or ‘For Christ’s sake!’  Today Australia has taken the word as its own; you’ll find it all over Aussie TV and souvenirs.

But I prefer to think of it as a Downton Abbey reference.  So expect a few crikeys here and there on upcoming Eggs. It’s fun to say, a conversation starter…