I haven’t been to Washington DC in a while, but I think I might go on this scavenger hunt the next time I’m in town.

Got any cash? You can, too.

Just check the back of the bills and find the buildings depicted there. It should be a pretty educational tour.

I also like the folded bill photo trick. Reminds me of squishing people’s heads between your finger and thumb.

I had appointment after appointment today, so I was walking through the streets of Manhattan for hours….which meant I overheard a lot of chatter.

My favorites were between kids and their parents. 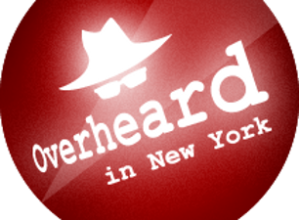 Child: Mom, can I get a smoothie?

Mom: I don’t have any money.

Grandmother: It’s nice that he lives close by.

Child: Yes, right by the sewer.

Dad: Do you simply have to be heard all the time?

I have often dreamed — and schemed –about winning the lottery.

How I would react. What I would buy. How my life would change.

This week I won the Powerball — albeit $4, but a win nonetheless — and learned something new to add to my imaginary lottery list:

How my family would glom onto me.

I won a lousy four bucks, and they all wanted a piece. I mean, after the $2 ticket price, the profits wre slim to none. But they still wanted their cut. So if I won a multi-million dollar jackpot, it seems pretty clear…

Changing my phone number is now job one.

There’s another big Powerball jackpot looming on Wednesday — $235 million — so I’ll be buying a ticket along with every other optimist out there.

Except I’m not so optimistic this time.

I’ve seen who wins the lottery, and it’s not people who live in Manhattan. The system maybe random, but let’s face it —

In this case ‘random’ appears to like small town stories.  I’ve decided I need to take a train out of town and buy my ticket to have any kind of chance.

So, where should I go before Wednesday’s drawing?  Remember —

New Yorkers are a the nicest people.  I see proof of it all the time.

I had taken a cab to the vet to pick up my dog.  The driver gave me my change, which included several singles, near the open door.

The wind instantly picked up the bills and scattered them in the street.  Did the rude, me-me-me New Yorkers of TV and movies jump upon them and run for it?

Instead, three people stepped on the loose bills and stood waiting for me to retrieve them.  We all shared a laugh as I collected my change and thanked them for their help.

I wasn’t the big winner in the Fancy Farm Picnic car raffle.

The chances were slim, I know.  But anytime I enter a raffle or play the lottery, I seriously think I am going to win. 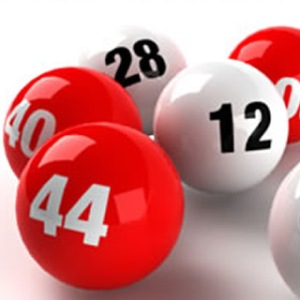 I’ve read the odds on the Mega Millions drawing.  It’s some insane figure like 1 in 175,711,536.  And yet, on the extremely rare occasions I buy a lottery ticket — or a raffle ticket for the Fancy Farm Picnic, where the odds are a wee bit better…

Does everyone who plays the lottery feel such certainty when they lay their money on the counter?  They’re investing — and losing — funds on a more regular basis, so maybe not.

I expect to win.

You learn something new every day.  I know I do.

When I think of Forbes, I think of lists — lots of ’em, all about money and investing.  The best colleges to attend to get a job.  The best companies to work for.  The best investments that money can buy.

Basically, they know a lot more about money than I ever will…and probably take it more seriously.  That’s it — I think of them as being serious.

Turns out Forbes.com has a sense of humor.  In fact, they have an entire “Fictional” section of their website.  Fictional lists.  Fictional interviews.  Still in their wheelhouse of jobs and money, but purely imaginary.

Their latest is “The Forbes Fictional 15” — a list of the wealthiest fictional characters, based on info gleaned from the source material and valued against real-world commodity and share price movements.

They update the list every year — how have I missed this — and the 2011 collection includes characters old and new.  For example, Russell Brand’s new version of Arthur Bach came in at #10, but Beverly Hillbilly Jed Clampett is still holding strong at #5.

Well, last year’s t0p dog, Dr. Carlisle Cullen, the patriarch of the Twilight film saga, slipped to #2.  (Bella’s getting married; no doubt vampire weddings cost a pretty penny.)  Which means our new number one is an oldie-but-goodie…

Scrooge McDuck, estimated by Forbes.com to have a net worth of $44.1 Billion.

This fictional character biz appears to pay pretty well.  Wonder what ya gotta do to get that gig?