I usually avoid movies about dogs because of the inevitable ending.

No matter how wonderful the story, the relationship, the plot — the dog is going to die, either of trauma or old age, and my heart simply can’t take it.

But I saw this trailer at the theater last night. And although it made me cry like a baby, I may have to see this one.

Not finding much to your liking at the movie theater this weekend?  Might I recommend an unexpected comedy delight? 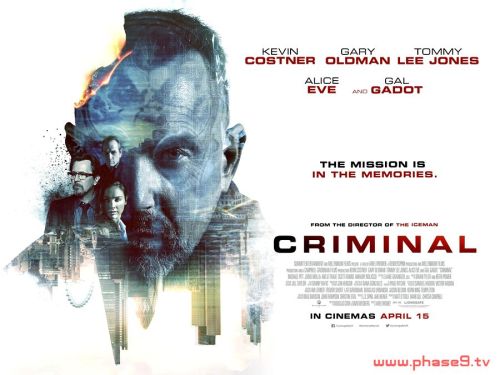 My friend Char and I took Criminal on face value. Big name cast. Thriller premise. Should be okay at the very least, right?

In hindsight, I’m glad we didn’t read the lackluster reviews, or we might have missed the comedy event of the season!  Criminal is such an over-the-top ridiculous movie, with scenes of action and violence that build and morph into such grandiose gore, you can’t help but laugh aloud.

I mean, I kept a bored, straight face for the first 45 minutes. But once I allowed myself to laugh at the craziness on screen, the movie got better and better. And the rest of the audience seemed to enjoy it more, too.

If the producers had marketed the movie as a comedy, I think the reviews would have been better, too. And it might have explained why Kevin Costner’s character growled like an ape the entire film.

I spy a fun film

I finally saw The Man from U.N.C.L.E. today. 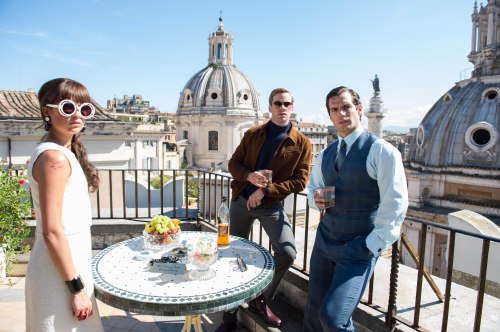 I’m so glad I didn’t let the critics dissuade me.

MI:RN was a wonderful sequel in the Mission Impossible franchise, but the storytelling and action sequences are distinctly modern. The Man from U.N.C.L.E. is a homage to the 1960’s television series, and the look, feel, pacing, soundtrack — you name it — are true to that era.

I also loved the very dry, British humor that director Guy Ritchie brought to the production. I’m not sure everyone in the theater today got it, but that simply made me feel smarter…and laugh all the louder.

As the trailers promised, everyone in this film is beautiful to gaze upon. Russian spy Armie Hammer is deadly gorgeous, especially in the close-ups, and American agent Henry Cavill is so chiseled, he doesn’t seem realistic. Hugh Grant has also never looked better. He should hire the hair and makeup people and keep them on staff.

I loved Mission Impossible: Rogue Nation and I loved The Man from U.N.C.L.E.

I am so complex.

A pat on the back

Hey, Time Warner Cable — mark the date on your calendar!  Someone (me) is giving you positive feedback. 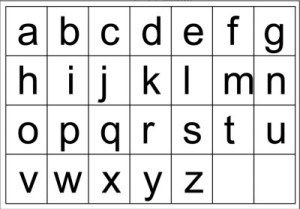 TWC recently changed the way they order their listings in the on-screen program guide.

In the past, they listed all movies and TV shows that began with ‘The’ under ‘T’…which is stupid.  You might miss a program altogether if you forget that all important article tacked on the front of the title.

But recently — I’m not sure how recently, but I watch a lot of TV, so I’m guessin’ it hasn’t been that long ago — they changed their policy.  Now a movie like ‘The Last Five Years’ (which opens in theaters and OnDemand today) is listed under the letter ‘L.’

How groundbreaking. How logical.  How unlike Time Warner Cable.

Let’s hear it for common sense!

I saw the movie Whiplash last night, and found it extremely compelling.

Are you planning to see it? Here are a few things you should know.

This morning was grey and rainy, so I decided to go see Guardians of the Galaxy.

I didn’t think the trailer looked that interesting, but all the critics were singing its praises…and a few friends who attended the first showings loved it, too.

If you love Chris Pratt from Parks and Recreation and have been on the fence, go see it.  This is a superhero film infused with his trademark sense of humor.

Bradley Cooper is also hilarious as the voice of the raccoon.  And the talking tree, who can only speak four words, will become a favorite.

I have to admit, though, one of the most gut-wrenching movie moments in the theater today was seeing the trailer for Interstellar for the first time.

From page to screen

I can’t believe it.

I’m actually excited about the premiere of The Girl with the Dragon Tattoo.

After slogging through that relentless tome of a book, believe you me, it’s nothing short of a miracle.

Several factors have come together to make me want to be one of the first folks in the theater.

1.  Whereas most books are better than their on-screen interpretations, the Tattoo movie can’t miss.  The English translation of Stieg Larsson’s bestseller was front-loaded with the most mind-numbing tedium imaginable before getting to the action that propelled readers through the rest of the book.  Stieg even found a way to make the ending slow.

Based on director David Fincher’s reputation and the killer trailers I’ve seen to date, I think it’s safe to say he hasn’t adopted the author’s penchant for pokey pacing.

I’m also psyched to hear Tattoo’s musical score is the work of Trent Reznor and Atticus Ross, who penned the brilliant, Oscar-winning score for The Social Network.  In fact, the score for The Girl with the Dragon Tattoo has already been nominated for a Golden Globe Award.

Of course, Tattoo has a great cast.  And I’ve already mentioned the intense trailers.  Some critics have even applauded the film for sticking closer to the book’s original plot line than the Swedish version did.

Closer to the book?  I don’t want to know!

So I appreciate clever companies who create products with compromises built right in.

For example, I don’t do the big Turkey Day dinner; I haven’t for years.  I prefer to spend the day at the Macy’s Parade and the movie theater, munching on popcorn and candy.

And this year’s menu will include Thanksgiving Gumballs! 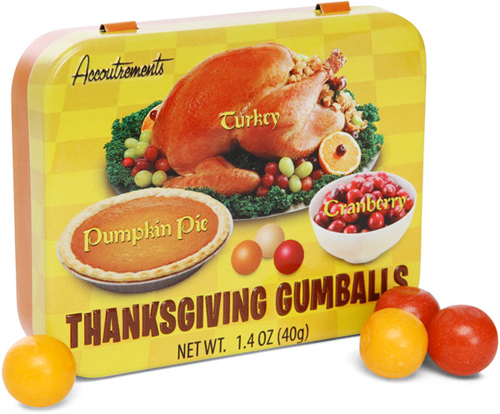 In turkey, pumpkin pie and cranberry flavors, these candies are a mini-Thanksgiving dinner, which should placate friends and family horrified that I’m skipping the biggest holiday-sanctioned food fest of the year.

Plus, they will help me keep the holiday in mind while I’m viewing The Muppet Movie and The Descendants.  ‘Cause nothing makes a person feel more thankful than…

I have never sat in a movie theater and literally boo’ed a trailer.

It happens every time I see  the promo for “Little Fockers.”  (Yes, they went there.) 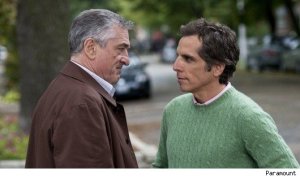 The very funny “Meet the Parents” movie beget the extremely mediocre sequel “Meet the Fockers.”  (It’s like they thought a funny title would make up for everything the script was lacking.)

But instead of quitting while they were ahead, the producers churned out a third and what we can only hope is the concluding — please, please let it be the final — chapter in this tale of a highly dysfunctional blended family.

Based on the trailer for “Little Fockers,” mediocre may even be a stretch for this one.

How many times can we sit and watch Ben Stiller hurt and humiliate himself?  DeNiro walk the line between cranky and cuckoo?  Hoffman peacock?

And is this really Teri Polo’s only acting job?

The most frustrating thing for me is listening to all the people in the theater laugh at the promo.   Judge for yourself.

Does it really take so little to tickle our funny bones?