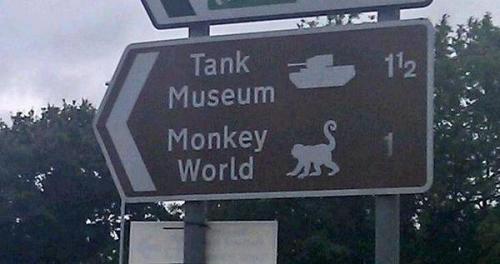 I want to go to there.

After eating a hearty Japanese breakfast of green salad, rice and hot tea, I took the subway to the Asakusa district, which is home to Tokyo’s oldest attraction, the Senso-ji temple.

(I picked a good day to brave the trains.  Foot traffic was fairly light, and I found the signage and announcements clear and easy to understand.

And yes, the Tokyo subway is clean and quiet, except for the occasional screaming baby.)

The temple entrance is guarded by the gods of wind and thunder at the Kaminarimon Gate.  They didn’t seem that ferocious to me, and quite open to a selfie or two.

Once inside the gate, there was shopping galore, and I had the opportunity to get my fortune  — after saying a prayer and paying a small stipend.  I ended up getting “the very best fortune.”

The main hall is a five-story pagoda.  There’s a incense cauldron in front; people were rubbing the incense on themselves for good luck or simply waving the smoke toward themselves.

I opted for the latter. 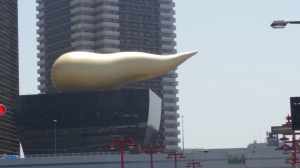 Across the river from the temple is the Asahi Beer Hall. It’s golden plume, which is supposed to be beer foam, is a Tokyo landmark (although the locals call it the ‘golden turd’). I love that.

I was excited to visit the Taiko Drum Museum, but it wasn’t at the map location, and business owners nearby hadn’t heard of it.

I jumped back on the subway and took the Ginza Line to the Shibuya district.

Shibuya Crossing is as new as Asakusa is old.  There are video screens and noise and thousands of people seemingly moving at once, but the chaos has a kind of order to it.

And remember the good-looking guy I saw yesterday plastered on buildings?

He was at Shibuya, too.  Gotta figure out who he is. 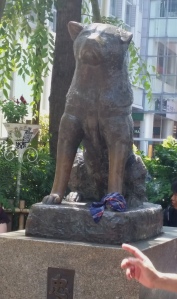 Hachiko the dog was there, too — well, the statute that is.

His master died in 1925, but the dog continued to go to the station to meet him until his own death some ten years later.

The pup was very popular; it was hard to get a shot.  I don’t know whose hand that is, but he is forever immortalized here on the Egg.

After a stop back at the hotel for the standard wash, clothing change and nap — the heat really takes it out of you — I ended the day at the Roppingi Hills, a large shopping / arts / entertainment complex in the district where I am currently staying.

I visited the Mori Art Museum, an extraordinary contemporary art museum (with an even better store).

I’m told the  observatory has amazing city views, but it was closed because of the weather.  I found that odd…until it started storming.

It was slightly less sticky afterwards, so it was worth it.

I’m resting my feet and back until tomorrow.  Only one more morning of adventure and then the flight home to NYC!

I was free to play tourist today, so I began in the Jimbocho district where my conference hotel was centered.

My first stop was within walking distance, so I grabbed a water from one of the vending machines that occupy every corner of Tokyo.

(It turned out to be apple-favored…one of the perils of not reading Japanese.) 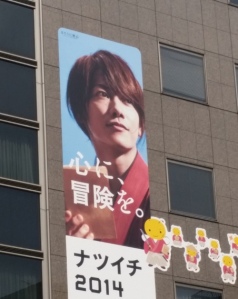 I don’t know who this guy is, but he must be a pretty big deal.  His face was plastered on every other building along my walk.

Most tourists visit Japan in spring or fall; now I understand why.  I didn’t have a long walk, but even in the early morning hours, temperatures were in the 90’s with staggering humidity.  I quickly adopted the Japanese practice of walking with an umbrella.  It really helps.

My first stop was the Koishikawa Korakuen, a 70,000 square meter formal garden.

This guy was the first to greet me along the stone pathways.  It was ten degrees cooler inside the garden, so I was glad I took my guidebook’s recommendation to come early in the day, before the noise from nearby Tokyo Dome (baseball and amusement park) could be heard.

You can see the Dome in the background of this shot of a lily pond.

When I first came upon it, I thought a spaceship was hovering nearby.  It was very surreal.

After I left the garden, I decided to take a peek at the Tokyo Dome grounds.

There was an 11 a.m. baseball game, and fans were already streaming into the grounds.  I got a better look at the roller coaster, but was particularly fascinated by a sculpture near the entrance to the park. 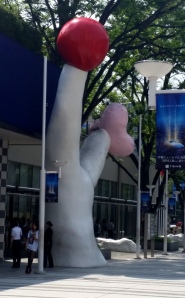 I couldn’t find a placard with an explanation for the sculpture.  So, let’s take the highroad and say it is some kind of flower.

On my walk back, I checked out some of the used bookstores that line the streets of Jimbocho, which is considered the center of book publishing in Tokyo.  Then I stopped by the hotel to make a complete clothing change — totally necessary — before heading to the Marunouchi District.

The Imperial Palace was just a couple of blocks from my hotel, so I walked along it’s enormous moat — with many brave people jogging in the heat — then headed into the business district for lunch.

Next on my list was the Nihombashi Bridge, which is the geographic center of the city.  Based on everything I had seen so far, I was expecting the bridge to be on the same scale. 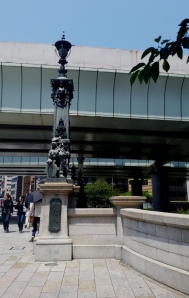 But the ancient passageway is small and rather understated; I don’t know that I would have noticed it unless I was looking for it.

The expressway overhead plays a big part in that.  It casts a long shadow.

Even smaller but oh so colorful was the Kite Museum down the street, devoted to the Edo-dako style kite.

I entered here out of curiosity, but stayed a good long time (and not because it was air-conditioned).

The kites were really beautiful art pieces, displayed as kites, framed under glass, and covering the walls and ceilings. 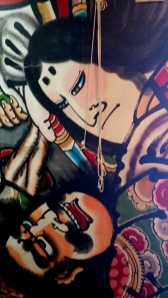 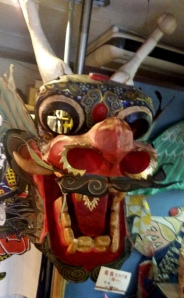 I moved to a hotel in the Roppingi district in the late afternoon and treated myself to an unexpected but thoroughly enjoyable four-hour nap!

I am refreshed and ready for tomorrow’s adventures in Tokyo. 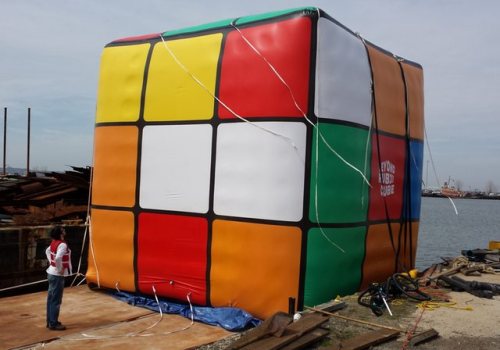 Thanks to the brilliant mind of American artist Sandy Skoglund for making my dreams come true.

(If Cheetos aren’t your thing, she also created a bacon room.)

Tonight was the annual lighting of the Montauk Lighthouse — thousands of festive white lights, that is — the official kickoff of the holiday season.

As you can see, the lighthouse is pretty impressive on an average day. It was recently named a National Historical Landmark — only the 12th lighthouse to earn this distinction.

(A historian on the grounds tonight shared this tidbit.)

The lighting ceremony was scheduled from 4:30-7:00pm, and it was conveniently dark by 4:20pm. And cold — really cold. But the organizers made us stand around and shiver until 5:30pm.

It was totally worth it.

Two years ago, as Rory and I were walking through the park that surrounds the American Museum of Natural History, I was struck by a lavender tulip all by its lonesome in a large bed of red ones.

I blogged about it here, in fact.

Rory and I found ourselves in the park again today, and the tulips were out in full force. And wouldn’t you know?

A ‘single lady’ was back again as well.

In the eye of the beholder

Actually, I just started spelling it that way today…when I spied a photo online of this two-foot, bristle-covered dinosaur.

And you know what he said? 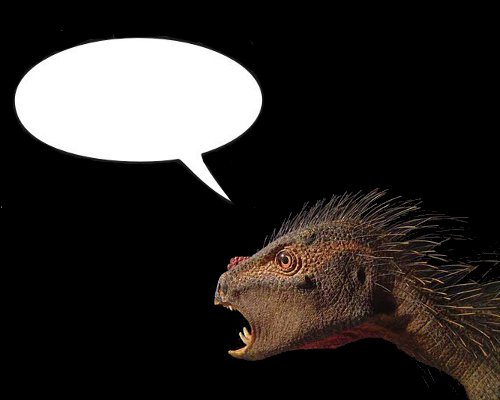 What’s that below, you ask?

On the final day of my trip to Italy, we took a tram to a point high overhead Lake Como…then hiked up a steep incline for another 30 minutes to a lighthouse overlook.

In retrospect, perhaps not the best day to wear flip flops. 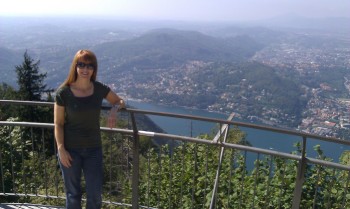 Como is as picturesque as you might imagine.  It’s not lined with museums or historical points of interest like some of the cities that we visited this week. But if you want to enjoy the sun, the water, a round of golf or tennis — simply relax —

And then there is the George Clooney factor.  Tragically, I was only in Como for a few hours, so I wasn’t lucky enough to see the city’s other major attraction.