I’ll mention no spoilers here — for those of you who need copious amounts of time to watch ‘must-see’ television — but let’s just say there were no traffic fatalities this year.

And weren’t ya kinda disappointed?

A  friend commented on Facebook that more took place at her place this weekend than in the past eight months at Downton…and she kinda has a point.

Don’t get me wrong — I bought the DVD of Season 4, watched the entire season early, and then re-watched each episode on Sunday night. So clearly I have a high tolerance for tedium.

But after last season’s high drama and multiple deaths, didn’t you think this season ended a bit too neat?

Ever made fun of a beauty pageant contestant?  I know I have.

But here’s a beauty pageant that will have you cheering. 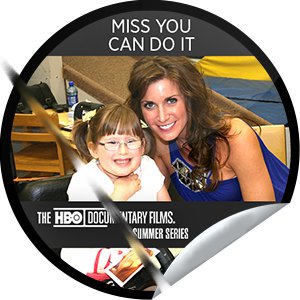 The ‘Miss You Can Do It’ pageant, a program for girls with special needs, is the focus of an HBO documentary currently on rotation and OnDemand.

The 37 contestants, all with learning or physical disabilities, are celebrated at this annual event founded by Abbey Curran, a former Miss Iowa and the first woman with a disability to ever compete in the Miss USA pageant.

The program follows eight of the young girls as they prepare for and compete in this event.  I happened upon the show quite by accident, but I consider the show a must-see.

Everyone should feel that good and smile that much watching TV.

I never saw a single, solitary episode of “Lost.”

I am an island.

I was aware of the series, of course.  (I don’t live on an island.)  Since its pilot episode, it has dominated magazine covers, had virtually its own segment on “Access Hollywood” and “Entertainment Tonight,”  and has been the topic of discussion pretty much everywhere you go.

Don’t get me wrong — I never regretted missing out.  Never wanted to rent the first season DVD and catch up so I could be a part of the phenomenon.  Never really cared why they crashed, if they were going to survive, or if the whole thing was really a dream.

The same thing happened with “24.”  I’ve never seen a single hour of that seemingly endless day.  And now the series comes to an end…and again, I don’t feel left out.  I don’t feel the need to catch up.  It’s just one of those things that passed me by.

Which begs the question:  is possibly all the must-see TV that we run home to watch and feverishly set our DVRs to record — me included — is it all just as easily missed?

Would life be just as full if we let it all pass us by?