The lady sitting across the aisle from me on this flight is scared to fly.

She didn’t tell me, but she didn’t have to.

She is a white knuckle flier.

She has, at intervals, been visibly praying. And fidgeting. And sweating.

When I was very young, I used to get motion sick on airplanes — green, sick and nauseous.

I think that was better.

With all the talk of late about pepper spray — meme, ecards, Bella toting it in Twilight (yes, I watched it again on FX) — I found myself wondering:

Is there a difference between pepper spray and mace?

Turns out they are two very different self defense products.

Mace is the brand name for an irritant similar to tear gas and usually has no effect on criminals under the influence of drugs or alcohol.

Pepper spray is an inflammatory agent that will immediately take down and cause temporary pain to an assailant. It inflames the capillaries of the eyes and skin causing temporary blindness, nausea, breathing difficulties and an intense burning sensation.

Makes you wonder why pepper spray was the self defense product ‘of choice’ at places like Walmart and Occupy Wall Street.  Wouldn’t a simple irritant have been good enough?

(And wouldn’t nothing have been the best choice?)

Plus, this seems less funny now.  And way more painful.

I had my first migraine headache in the first grade.

I thought I was dying. 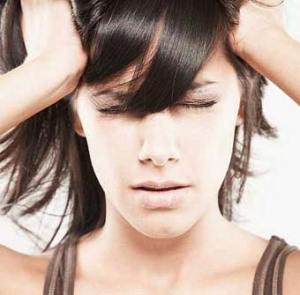 I got to go home from school early where I laid in a dark room and cried because the pain was excruciating.  I eventually threw up and felt much better.

This cycle repeated itself a couple of times each month.  After a few years, I was put on two different types of medications that I take to this day — one to keep the headaches away, and one to take if I get one (which I still do).

I never felt lucky to get them until this week, when I saw the television footage of CBS2 reporter Serene Branson have a ‘complex migraine’ on-air that garbled her speech so badly, viewers thought she had a stroke.

You see, as bad as my headaches are, they are considered ‘common migraines,’ which are characterized by severe, throbbing headache, nausea and sensitivity to light and sound.

A ‘complex migraine’ — like Serene experienced during her report — can have neurological symptoms in addition to the headache, including weakness, loss of vision, or difficulty speaking.

Serene received medical attention after her attack, and is back at work and doing fine.