I watched The Princess Bride for the umpteenth time again today.

(It came on TV suddenly; what else could I do?)

I was playing on Facebook and Twitter at the same , where I encountered a bunch of pumpkin stuff. This spurred a random thought —

Are there any Princess Bride pumpkin carvings out there? 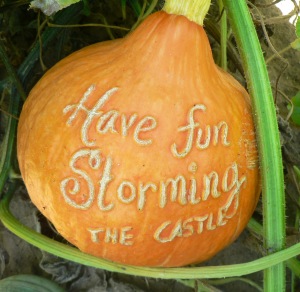 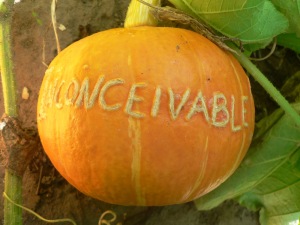 About this time every year, I am amazed at the pumpkins that folks create.

Not the pies — although I appreciate those, too — but the pumpkin carvings that I see on porches, stoops and online. They just get more extreme and extraordinary every Halloween.

In fact, I saw one today that touched my inner gourd. 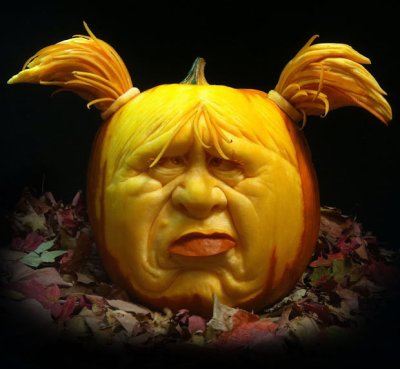 Girl! I hear that.

When you carved your Halloween pumpkin this year, did you consider for even a moment… 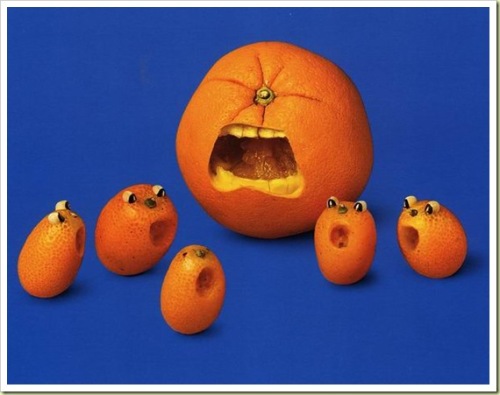 Sometimes, late at night, you can hear the screams coming from the pumpkin patch.

Or that’s the legend. That I just made up.

(And yes, I do realize that’s an orange in the photo. I’m just using it to make my point.)

Juicers have no doubt split up a few happy homes as well.

And now critics on-air and online are recommending what horror films you should include in your Halloween movie marathon. The expected have risen to the top — the Halloweens, the Nightmares on Elm Street, the Screams, the Exorcists.

And while Paranormal Activity 3 has been advertised to have 15 minutes that will “mess up your life,” I’ve already “been there, done that.” 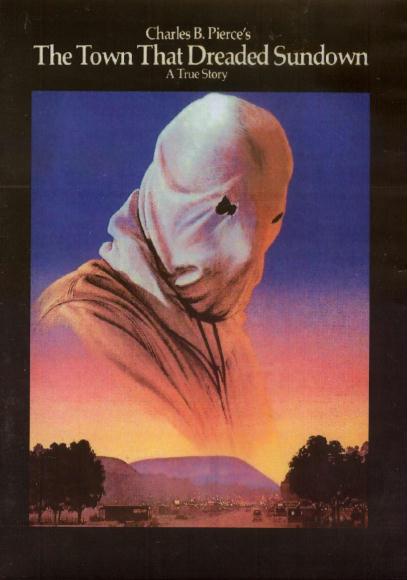 I saw this film in the theatre with my sister, mom and her good friend Jeanean who loved horror movies. (The rest of us really didn’t know what we were getting ourselves into.)

Based on a true story, The Town that Dreaded Sundown follows a Texas ranger’s hunt for a serial killer who terrorized the people of Texarkana, Arkansas in 1946. The killer wore a pillowcase over his head as he preyed on the residents of the town, primarily young people parking in the woods.

He was brutal and cruel and terrifying. And he was never captured.

Suffice to say no one slept in our house that night. Actually, I’m not sure any of us slept much that week, even knowing he was probably long dead. The imagine of his face covered by that pillowcase — breathing in and out like an animal — will haunt me for the rest of my life.

If you like really scary movies, I recommend it.

But it will mess you up.