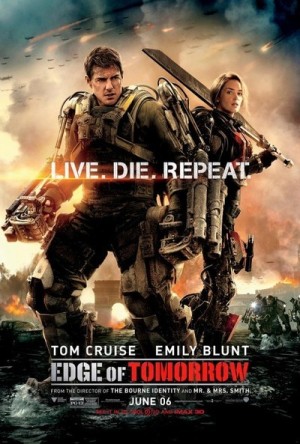 I didn’t see Edge of Tomorrow when it was in theaters.

I thought the ‘Groundhog Day meets Aliens’ premise sounded interesting — and goodness knows its reviews on RottenTomatoes.com were very fresh — but I just never saw it.

(Based on its box office numbers, several people had the same attack of inertia.)

But now it’s OnDemand, so I finally watched it today.  And it’s good.

The Groundhog Day conceit is handled with a lot of humor, and it doesn’t feel repetitious.  Tom Cruise and Emily Blunt also do a bit of role reversal in this film, with Emily occupying the skilled warrior role and Tom the clueless PR mouthpiece.

It’s nice that Tom can make fun of this action hero self.

Not that he isn’t a pretty fast learner…

Asleep in my takeout

I am fascinated by the critics’ take on the movie Chef, which is currently 88 percent fresh on RottenTomatoes.com.

I found it stale and oh-so-overcooked. 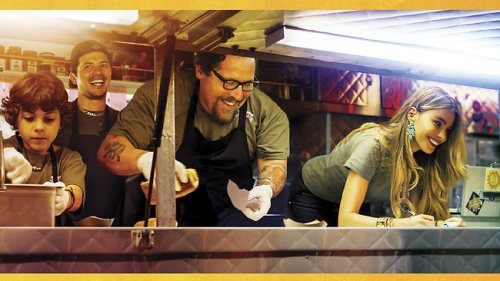 I watch a lot of Food Network, so I had high hopes for the film’s ‘recipe’: a chef gets fired after he starts a Twitter war with a restaurant critic,  and opens a food truck.

Turns out all the conflict that drives the film is in the first 15 minutes.  After the chef (Jon Favreau) loses his job, everyone and everything starts working in his favor.

I don’t want to give away the ending in case you plan to see it.  But let’s just say that, once the food truck is parked —

Nothing really happens then, either. Or if it does, they don’t show it.

Because conflict might wake you up out of your food coma.

In yesterday’s Egg, I mentioned I was looking for a fight.

Today, I found one.

I am going to defend — almost a year after it hit theatres — the critical and audience pounding of the action film Knight and Day, starring Tom Cruise and Cameron Diaz. 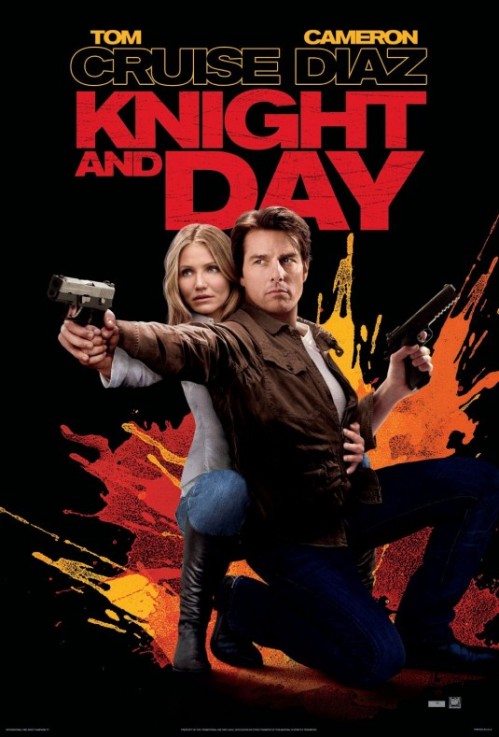 I saw it in the theatre last summer and really liked it.  I remember being surprised that the reviews were so lackluster.  A quick visit to RottenTomatoes.com confirmed the movie was 53 percent fresh — not awful, but not great.

What was even more surprising was that the audience felt the same, judging the movie 52 percent fresh.

I’ve already watched it twice OnDemand, and I respectfully disagree.

Tom Cruise is at his action star best in this film, but the action is purposefully over-the-top, making it one of his best comedic performances.  Snaps to Tom for being willing to make fun of a genre that has been his bread and butter.

Cameron Diaz is the perfect foil for Cruise, too.  She has the energy and the presence to match him shot for shot.  Even when she is in damsel in distress mode, she is his equal on-screen.

The movie uses a lot of CGI to make the impossible possible.  Again, I found that as funny as the rest of the comedy in this film.  Maybe 48 percent of the audience members didn’t get the joke.

And if you don’t…we can just fight about it some more.

“Charlie St. Cloud,” Zac Efron’s new movie — and his latest attempt to distance himself from his “High School Musical” persona — hasn’t gotten much love from the critics.  The reviews on rottentomatoes.com were 75% rotten, finding it ‘shallow and cloying.’

I guess it’s not that surprising.  The promo had “tearjerker” written all over it.  But I am curious to see Zac’s performance…because those same reviews were much more generous to him.

“The vehicle may get a little jacked up along the way, but its passenger arrives in style:  The kid’s a star.”

“It could be a one-note characterization, but Efron finds competing emotions in Charlie, and he conveys all of them to us.”

“Zac Efron can act and has a very large emotional arc.”

Personally, I’ve been a fan since I saw the hilarious “17 Again” starring Efron, Leslie Mann and Matthew Perry.  Using a very familiar switcheroo story, “17 Again” was funny because Zac was funny.  He carried that movie with his comedic timing and knock-out charm.

And the boy can take a slap with the best of  ’em.

Pretty much every one of you trashed “Sex and the City 2” — the plot, the puns, the performances, even the Patricia Field ensembles — and that garment bag of a movie still looks to rake in the big bucks.  Deadline Hollywood reports “SATC2” took in $17 million in its first day alone and predicts a $75 million haul for the holiday weekend.

That’s with only a 16% ‘fresh’ score on rottentomatoes.com and some of the most ridiculous looking trailers ever.

What were they thinking taking “SATC” out of New York City?  Manhattan is the fifth major character in the franchise; setting a majority of the movie elsewhere is like leaving Samantha to dry hump the West Coast.

No, “SATC2” will prevail, critics be damned…for the very reason that films like “Twilight”  set box office records after being dismissed as the lowest form of dime store drivel.  “SATC2” comes with a ready made fan base from the TV series  just as “Twilight” had its base of teenybop readers.

Even if the girls trip and skewer themselves on their stilettos in “SATC2,” their fans wanna watch.  Hell, I’m not even a fan, and I wanna watch….maybe even more so.

Best of the worst

Sunday was Valentine’s Day.  Hope yours was loverly.

As you probably know, a movie of the same name was released on Friday.  Did you see it?

I didn’t get a chance.  Too much Olympics coverage to watch.  (I did see a preview performance of “Miracle Worker” on Broadway with Abigail Breslin, which was spectacular).

According to rottentomatoes.com, “Valentine’s Day” the movie is 84 percent rotten.  As one reviewer put it, “This has not a single ounce of the charm that you might find in ‘Love Actually’ or a number of other films revolving around romance. It’s just plain bad.”

Oh well…I still want to witness the carnage.   There are a lot of actors in the film that I like and, even if they suck, well, I’ll enjoy seeing that, too.

So, in honor of the suckiest things that movies have to offer, I thought I would resurrect the Top Ten Worst Movie Quotes of All Time, which were compiled in a survey by Warburtons.

6. “I’m just a girl standing in front of a boy asking him to love her.”
– ANNA SCOTT (Julia Roberts) to WILLIAM THACKER (Hugh Grant) in Notting Hill (1999)

8. “They make take our lives, but they will never take our freedom!”
– WILLIAM WALLACE (Mel Gibson) in Braveheart (1995)

I heard these words as I was filing out of the theater last night after seeing “The Lovely Bones,” and I thought that simple phrase kinda said it all.

I read Alice Sebold’s disturbing novel soon after its release in 2002 on a friend’s recommendation.  Although the subject matter is a bit gruesome  — a teenage girl brutally raped and murdered by a neighbor — seeing death and its effect on the survivors through the eyes of the victim was somehow life-affirming.

Now, anytime you love a book, the film will usually disappoint, and the critics have leapt upon Peter Jackson’s interpretation with claws unfurled.  “The Lovely Bones” movies had been declared only 40% fresh on rottentomatoes.com. Critics have chastised Jackson for both overdoing the visual effects of the “inbetween” — where victim Susie Salmon watches her family struggle with her murder before going on to the afterlive — to underdoing her rape and murder, which he alludes to onscreen but never shows graphically.

Personally, I was relieved Jackson didn’t show us a blow-by-blow account of her death; the more subtle ways he pointed to it were infinitely more chilling.  And, if you think about it, would Susie have taken those memories with her into the next life?  Wouldn’t she choose to leave the most horrendous details of her murder behind?

I certainly hope so.

“The Lovely Bones” movie honors the book by honoring the vision of Susie Salmon.  Jackson told the movie through her eyes, as the book told the story in her words.  It is a moving interpretation, made real by the amazing performances of Stanley Tucci and Saoirse Ronan.

Ignore the critics and see it. Then, go home and hug your family.