I helped my friend Stephanie at her store Stoopher & Boots today. 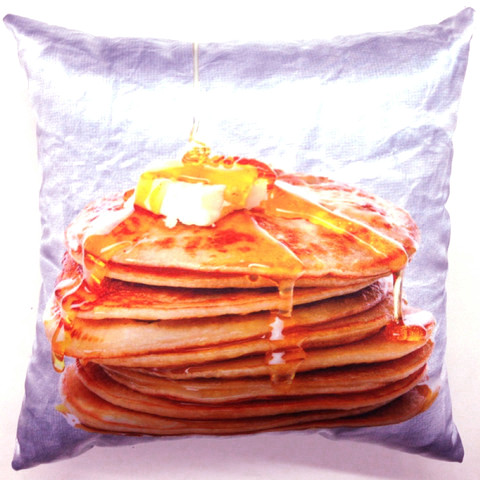 Is that sweet or what?

If you were looking for me today, you just had to follow the line. 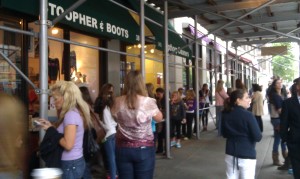 It stretched all the way from Stoopher & Boots at 79th and Amsterdam, around the corner, and back to Columbus.

I was at the end of that line, but all the kids and moms and dads weren’t waiting to see me.

Dance Moms was in the house.

Mom Melissa and dancer daughters Maddie and Mackenzie made an appearance to help raise money for the Starlight Foundation.  For over eight hours, they signed autographs, took pictures and chatted with adoring — sometimes crying, they were so excited – fans.

I was helping out in the store, but — full disclosure — I watch Dance Moms, too.  And I thoroughly enjoyed having a front row seat for all the excitement.

Wonder if they are as tired as I am?

What’s it like, living in a big city, everyone practically on top of each other?

These art pieces by Kudu-lah, on display at Stoopher & Boots in New York City, capture the feeling pretty well.  Living in tight spaces, yet kinda on display.  And often stacked together in high-rise buildings.

We still get out on the town.

There’s a new bunny in town, and he’s got a story to tell.

Wonder what it will be?

I met this grey fuzzy rabbit this afternoon at my friend Steph’s store, Stoopher & Boots. He had just hopped out of his shipping carton when we said our how-do-you-do’s.

I took one look — and, total disclosure, copped a feel, too — and realized he was a wise, old soul.  His whiskers droop downward in understanding. His belly boasts a gentle paunch.  His eyes without spectacles look out with intensity and caring.

He has none of the devil-may-care attitude of Snuffles, the bear who has lived with me for almost 25 years. Even now, there’s a twinkle of mischief in his black shell eyes.

But, no matter. Right now there that bunny awaits his BFF and is at the ready, poised for their first chapter together.

Could that somebunny be you?

When it comes to bugs, I earned my wimp card years ago.

But the ladybug?  That’s one very different beetle.  It’s cute, it eats a lot of harmful insects and it’s lucky.  (That’s a scientific fact.)

If you like ladybugs too, you might consider this Ladybug Nightlight that my friend Stephanie sells at Stoopher & Boots on the Upper West Side.

Look at that face.

And you might stop reading right now.  Because the rest of this post on ladybugs will freak you out.  It did me.

Hungarian Artist Gabor Fulop also likes ladybugs.  A lot. So much so that he created 20,000 and hand-painted them.

He then applied his ladybug creations to a  sculpture of the human form, forcing viewers to imagine what it would feel like to have ladybugs crawling over every inch of their bodies.

Me?  I wouldn’t feel lucky at all.

I met a robot in my neighborhood.

He’s a nightlight for sale at my friend Stephanie’s shop, Stoopher & Boots.

Every time I have seen him, I couldn’t look away. (We don’t get a lot of his kind on the Upper West Side.)

Then I started hearing a sound when I was near him…a soft chant. “Milo. Milo.” (He’s a friend of mine — the baby boy variety – who has a particular interest in the ‘bots.)

He needed that robot nightlight.  So after a quick consultation with his parental units, it was soon on its way to Milo’s robot-themed bedroom in sunny Los Angeles.

Look at it — sitting in his room, like it was made for the place.

It’s almost an exact match to the robot in the print on the wall!