Tales of the tape

Remember the very first scene of Downton Abbey in Season 1, when the operator learns the Titanic has sunk by reading the telegraph machine’s paper tape? 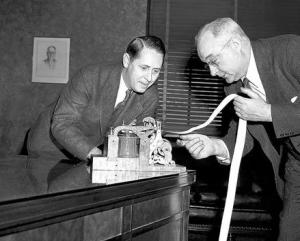 On Sunday evening, I was one of maybe 10 people on the planet who wasn’t watching the Grammys.

(Doing so would only highlight how little I know about music.  Plus, Downton Abbey was on.  Please.)

Of course, I was checking Twitter while I was watching PBS.  And by evening’s end, it felt like I had watched the Grammys…because every news outlets, friend and celebrity I follow had blabbed all the details from the ceremony.

The Twitter version, that is — 140 characters or less.  So I had been reading a kind of modern version of the telegraph tape.