Earlier this week, Lauren Graham of NBC’s Parenthood paid a visit to the Late Late Show with Craig Ferguson. 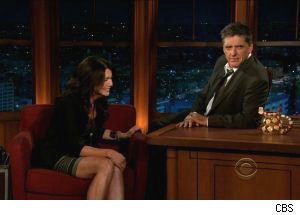 Between tales of the family drama’s new season and a strip club visit, Lauren displayed a habit of sticking her tongue out of one corner of her mouth.

Of course, Craig just had to point out her nervous tick to the audience.  Lauren didn’t seem upset at being exposed; she was more worried that the gesture was a sign of her impending age.

Which got me thinking — do I have a geezer habit?

I’ve been trying to be more self-aware this week.  And I’ve noticed when I walk the dog, I tend to roll and pop my neck while I’m waiting for Rory to do his business.

I wonder if my neighbors — who see me pass four times or more each day — noticed this habit years ago.  Heck, I may even have a neck-related nickname that I don’t even know about.

Today I’m pitching CBS the idea of doing a celebrity version of Dancing With The Stars!

And last night on The Late Late Show, Craig Ferguson described the new cast as “that guy from that thing…and that girl that you hate to watch.”

Both funny — because they’re so true. 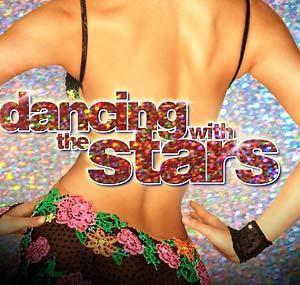 If you’ve seen the lineup for the 13th season of DWTS, you’ll be hard pressed to put names with faces for many of the so-called ‘stars’ without first reading their bios.  Or are the professional dancers supposed to be the stars this season?

I think they have more name recognition.

Now, I’ll admit most people know who David Arquette is — if not from his acting work, then from his recent and very public marriage troubles with actress Courtney Cox. 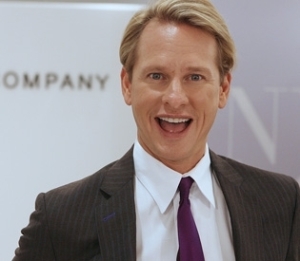 And Carson Kressley, of Queer Eye for the Straight Guy fame, has kept himself in the spotlight with other hosting gigs and a clothing line (and just generally being entertaining as all get out).

At the other end of the spectrum, Nancy Grace is well known for being a particularly repugnant ‘news’ personality.  And Chaz Bono — while not a celebrity in my book — has certainly made headlines with her (his) gender transformation.

But the remaining contestants?  Reality stars (or brothers of reality stars).  Names you haven’t seen on television for years.  Names you’ve only seen as ‘the girlfriend of’ a celebrity.

Names you won’t know at all.

I guess A-listers aren’t fighting to get on the show like DWTS would have us believe.  Or they don’t want to work so hard.

Perhaps they should rename the show Dancers Are the Stars?

If you’ve read The Sticky Egg with any regularity, you’ve got a strong stomach…and you’ve also probably noticed my girlie crush — veering on obsession — with Craig Ferguson, host of The Late Late Show on CBS. 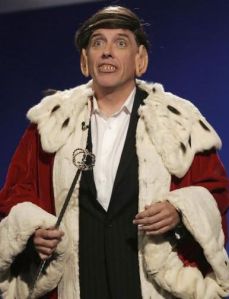 On last night’s program, Craig opened the show by discussing his latest quandary:

Should he put the earring back in his left ear?

Craig removed the jewel when he started hosting the show six years ago, and had planned to start wearing it again when he turned 60.  Apparently yesterday morning he felt 60, so he popped it in…but then just as quickly took it back out.  He didn’t think it looked right.

Personally, I’ve always thought an earring on a man in a suit looks a bit out of place.  If a guy is going to wear an earring, it seems like his entire wardrobe should be a bit more casual.   So, if Craig were to start wearing his earring again, I would think his on-screen clothing would need to be reevaluated.

But that’s just me.

What do you think?  Vote in my online poll below, and I’ll share the results with Craig’s producers, who I’m sure will react accordingly.

Keep your friends close and your enemies closer.

And what of potential litigants?

Well, if you are the brilliant Craig Ferguson, you invite them on The Late Late Show and win over the judge, the jury, the audience, and the entire country of France all in one night.

Craig didn’t stop there either — no indeed!  Craig let that French impostor help him and Geoff Peterson, his robot skeleton, answer emails and tweets.  Craig even gave Arthur tips on how to incorporate a similar segment into his French program.  (Apparently he hasn’t copied that part yet.)

Arthur returned yet again to close the show in one of Craig’s signature musical numbers.  This one memorably spoofed Casablanca.

Oh Craig…you have far surpassed that tiny title.  Your hilarity and humanity have reached international proportions.

Yesterday a friend’s status on Facebook read, “Monday is a lame way to spend one-seventh of your life.”  I’m sure we all agree.

It’s the beginning of the work week for most.  Alarms going off again.  Rats racing.  Blood pressures rising.

Ya gotta do what ya gotta do.

But what makes Monday mornings particularly difficult for me is…there’s no late-night TV on the DVR to watch with my breakfast.

I know most of the world starts their day with “Today” or “Good Morning America” — I used to as well.  But for the past year, “Late Night with Jimmy Fallon” and “The Late Late Show with Craig Ferguson” on DVR are my morning shows of choice. 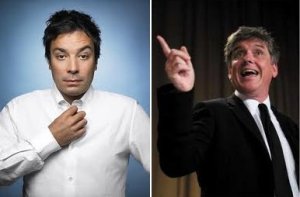 Not another boring interview on the effect of airborne viruses on skim milk.  (I mean, come on.)

I’ve had a friend accuse me of being a bit obsessive about late-night television.  Now, unless I’m wrong and…please correct me if I am, ‘obsession’ is practically a psychiatric term…concerning people who don’t have anything else but the object of their obsession — who can’t stop and do anything else. Well, here I am stopping to tell you this. Okay? So would you please try and be a little more precise instead of calling a person something like ‘obsessive?’ *

So, don’t take my word for it.  Give it a whirl; see what you think.  Set your DVR.  Go to bed and get some sleep.  Then have your Cheerios with Craig and Jimmy.

It will make Monday — and every work day — go down a bit easier.

Note: In a sad twist of fate, both “Late Night” and “The Late Late Show” are in reruns this week.  I feel the clouds a’gatherin’… 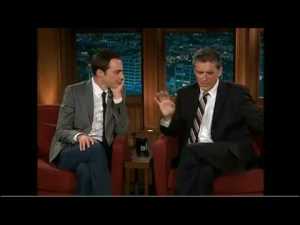 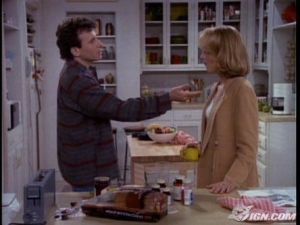 I’ve been fairly vocal in my fandom of the Craigy Ferg, better known as Craig Ferguson, host of “The Late Late Show with Craig Ferguson” on CBS.

Did I drop his name enough?  I think you know who I mean. 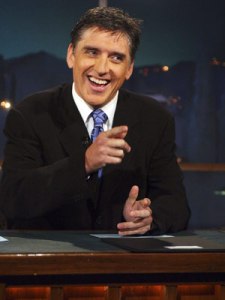 I usually watch him do his thing via DVR in the mornings while I eat breakfast, and yesterday I got not only the expected laughs from his opening monologue, but this very important reminder:

Believe you me — no one can describe, dissect and go on a diatribe about the matriarchs and patriarchs in our lives with more unexpected passion than the great Craigy Ferg.  It was hilarious.

But why take my word for it?  See for yourself.  I have conveniently inserted a link to the aforementioned monologue for your viewing pleasure.

There’s other chit-chat at the start of the clip, but if you go to 4:40, you’ll get right to the senior funnies.  It’s totally worth it and builds to great grandparent-y goodness.

If you’re not inspired to call your grandpa and grandma afterward, you’re heartless and humorless and all those other -less words.  But I trust you will.

You’re good eggs, after all.

Dedicated to Edith and Omar Hayden, and Onie and Lucian Curtsinger, my grandparents, who have left this world, but who I’m sure are avid readers of The Sticky Egg.