The Egg has seen an influx of new visitors this week —

And to those of you who are fellow US citizens…

All the discussion of late around the Confederate flag brought the band Lynyrd Skynyrd to mind, since that flag is part of the band’s logo.

(I didn’t use that version here on The Sticky Egg because, um…no.)

That led us to talking about where we were when we learned about the plane crash that killed half of the band members.

[If you’re too young to a) know who Lynyrd Skynyrd is, or b) remember the plane crash, move along.]

I was in bed asleep. The phone rang — a corded phone, no less  — and I walked down to my mother’s bedroom to answer it. A good friend of my oldest brother was on the line, and he was crying. I may have been young, but I knew a call that late at night could only mean one thing…

We woke up my brother, who came to the phone in a fog of sleep. We heard him say, “Oh no. Oh God. Oh no.” Then he hung up the phone and turned to go back to bed.  We stopped him, saying, “Wait — what happened?”

I’m not sure either my mother or I knew exactly what that meant, so we went on to bed.  When we questioned my brother the next morning, he barely remembered the phone call.

But it stuck in my memory, all these years — the day Lynyrd Skynyrd died.

I did not inherit the chocolate lover’s gene. 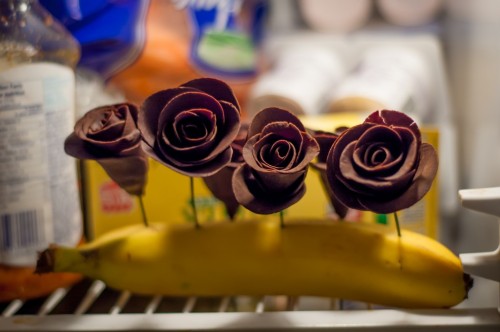 I’d probably pull out the flowers and eat the banana first. But chocolate roses? Pretty darn adorable. And best of all, they’re —

You can read the easy-to-follow instructions here.

Treat your significant other.  Hell, treat yourself!  And if you do go to all that trouble, send me a picture.

I promise to sing your praises right here on The Egg!

Thanks for sticking with me all these years!

The most unguarded of scrambled egg eaters

While The Sticky Egg is no doubt your favorite egg-y blog — thank you for that — chances are you prefer eggs cooked in a somewhat different style.

But what does your favorite egg prep say about you?

MindLab International researched the psychology behind this consumer choice in a study conducted for the British Egg Industry Council. Here is what they found your egg choice says about you:

Strangely, the study didn’t say what a preference for The Sticky Egg says about you….

As the Dowager Countess would say, “What is a weekend?”

I started the blog 1,000 days ago to give myself the opportunity to write for fun.  I added the daily deadline to make sure I actually did it…and that was very motivating.

Now it’s the folks who share their comments — and the readers brave enough to actually subscribe — who inspire me to come up with my brand of foolishness every day.

So, thanks for sticking with The Egg.  Hope to see you here for at least a thousand more!

Fast food restaurants have been keeping secrets. Not posting their full menus.  Holding out.

But they can’t hide from CNN.

CNN busted them.  Shone a light.  Spread the word.  And now we can order some truly spectacular food items that still aren’t on the menu.

I gots to have a Neapolitan milkshake — chocolate, vanilla and strawberry shake layered in the same cup.

McDonald’s, Burger King and In-N-Out have ’em…if you just ask.  And why wouldn’t you?

Or how about a big ol’ order of frings?  That’s half onion rings, half french fries, served in the same order.  Why choose if you don’t have to?  And isn’t frings way more fun to say?

And for my vegan family members — you know who you are — step right up to the counter at Fatburger and order the Hypocrite.  It’s a veggie burger with several strips of crispy bacon perched right on top.

Add a side of Sticky Eggs and you’ve got yourself a meal!

Editor’s Note — If you’re not feeling it today, substitute heart of stone.
(It works both ways.) 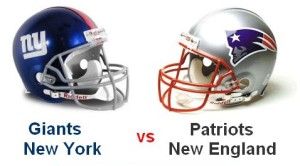 Pie in the sky

I have never been a fan of cake.

For my birthday, I prefer pie.  Fruit pie.  (Lemon pie, to be picky and specific.) Sometimes I get one; often I don’t.

But then again, I don’t have a pie fairy like Willis Welch.

For the past 35 years, Willis has received a pecan pie at his Columbus, Ohio door every Christmas.  From whom he can not say, even after all this time.

This year’s pastry was accompanied by a note announcing the pie fairy’s retirement saying,  “I am a little too fat to fly anymore.”

While I’m sad this particular pie maker is grounded, I am inspired by his tradition.  We need more pie fairies in the world!  At birthdays, anniversaries, holidays, sick beds — you name it!  Life needs more pie in it.

Will you be my pie fairy?