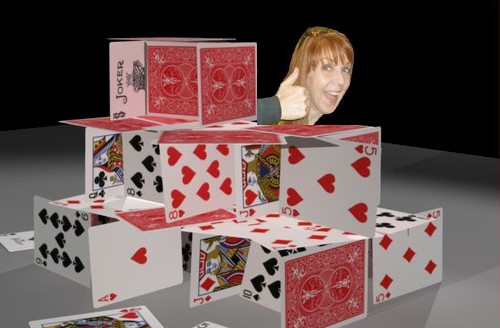 I’ve been binge watching House of Cards Season 2 all day.

I’m on Episode 10 of 13 right now. I’ve taken breaks for dog walks and meals and noteworthy Olympic events.  And later this evening — if I haven’t already completed the season — I’ll have to call a hiatus to watch a very important college basketball game (UK/Florida).

If it weren’t snowing again, this would be the PERFECT DAY.

The book of love

While I watched the Olympics last night, I did the only thing I could ever medal in —

I am world class both at organizing what I have and purging what I want to sell and/or give away.  And my timing couldn’t be better!

Today is not only Valentine’s Day, it’s also: 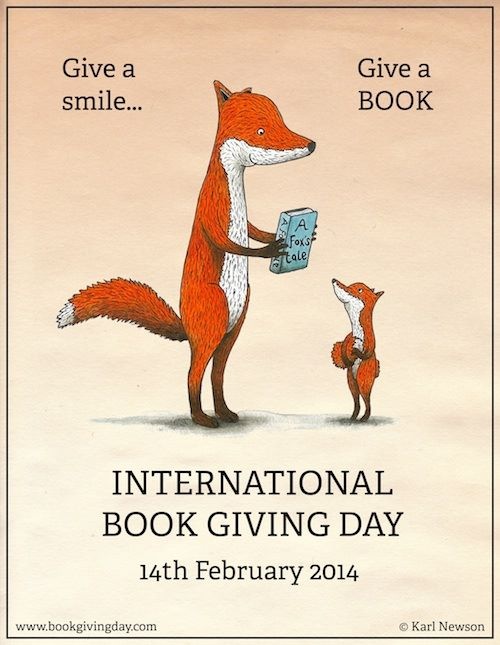 After my big closet purge, I have two big boxes of books that I am going to donate to my local library.

Now, what could say love more than that?

Of mice and women

The US was sitting near the bottom in 7th place…then the ice dancing team of Meryl Davis and Charlie White — the reigning Olympic silver medalists — knocked one out of the park and moved the Americans up to 3rd.

Meryl Davis looks like a china doll on the ice and sounds like Minnie Mouse.  I get a bit of a complex just listening to her speak.

Is this what a woman is supposed to sound like?

But the team has my support!

Want your own way cool mittens?  Go to TeamUSAShop.com to support the US athletes in Russia.

Then we can meet on the street and do the secret Olympics handshake (which I don’t know, but I’m hoping you do).

On February 15, 1961, Sabena Flight 548 crashed en route to Brussels from New York City.  The entire United States Figure Skating team was on board en route to the 1961 World Championships in Prague, Czechoslovakia.

There were no survivors.

Since this happened before I was born, I have no memories of the crash, or of the Championships being canceled due to the overwhelming impact of the catastrophe on the sport.

My first memories — sketchy at best at age five — are of Peggy Fleming winning a gold medal at the Winter Olympics in 1968.  (Tim Wood won a silver medal as well.)

Knowing now that the US team lost all its skaters and coaches a mere seven years before makes these accomplishes even more incredible than they already are.

Tonight I’m going to learn more about the history of the 1961 US World Figure Skating Team — and the teams that have come after them — in a live event being broadcast from New York City to theatres across the country.

Rise commemorates the 50th anniversary of the plane crash that claimed the lives of the 1961 US World Figure Skating Team.  Matt Lauer hosts the event, and several biggies from figure skating are scheduled to appear.  Proceeds from ticket sales will be used to further the mission of US Figure Skating’s Memorial Fund, which was established on February 23, 1961, as a living legacy of those who lost their lives.

If you love figure skating like I do, and are interested in learning more about the history of the sport, join me at a theatre near you!

Rise will have an encore showing in theatres nationwide on Monday, March 7th.  Visit www.rise1961.com for details.

A year ago at this time, I was scouring the Interwebs, desperately trying to locate a pair of mittens from the 2010 Winter Olympics. 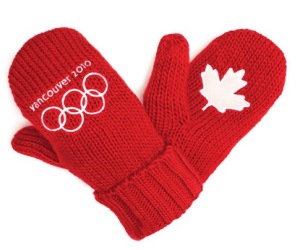 You remember them.  Modeled after the Canadian flag, they were bright red, with the iconic maple leaf centered on each palm.

They were great looking, and at only $10 Canadian, quickly became the souvenir of the games… meaning, they were nowhere to be found.

Heck, I still want a pair.

Today is the anniversary of the day that Canada officially adopted the maple leaf as its flag….in 1965. I had no idea that symbol — which to me is as Canadian as saying ‘aye’ and ‘about’ — has been around for just a few decades.

Turns out Canada first flew Great Britian’s Union Jack flag when it became a British Colony in 1610.  It adopted the Red Ensign — a solid red flag with the Union Jack in the upper-left corner and a crest in the right — in 1867.

The Privy Council began the search for a flag that would better represent the more independent Canada in 1925, but it was not until February 15, 1965 — National Flag Day — that today’s maple leaf design was raised over Parliament Hill.

And we thought the United States had trouble agreeing on anything…

I pride myself on being a multi-tasker, but last night, I almost fried a few internal circuits.

If any brain cells were lost in the process, I blame the International Olympic Committee and the Westminster Kennel Club and ESPN and February sweeps…not necessarily in that order.

Back in the day, when the Olympics were on television, all the other channels rolled over and played dead.  Showed reruns until the big show was through.  Had pity on the fans of their respective programs so they could give the Olympic games the intense focus they deserve.

Now that TIVO and DVR and Hulu.com and channel-specific websites are out there, the other networks dare to run original programming during the Winter Olympics.  Which means — using last night as an example — I was trying to watch the Olympics and the Westminster Kennel Club Dog Show finale and American Idol and the UK-Mississippi State game…all at the same time.

Now, technology was on my side.  I watched the Olympics live.  I DVR’ed American Idol.  I had the basketball game on my computer in an ESPN.com live window.  And I was able to track the dog show results on the Westminster Kennel Club website.

I could almost smell the smoke coming out of my ears.

This simultaneous viewing can be accomplished, sure.  But is it good?  Is it preferred?

I just wanted to watch the Olympics.